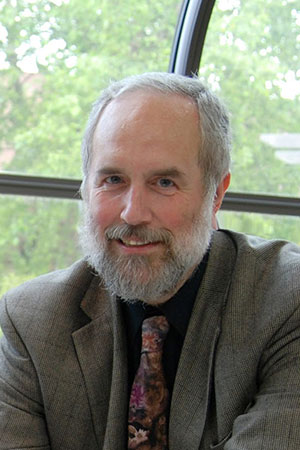 My life has been devoted to the pipe organ. Organ lessons as a youngster led to a fascination about the mechanics and physics of the organ. After earning a performance degree from DePauw University in Greencastle, Indiana, I relocated to Gloucester in 1973 to begin an apprenticeship with Charles Fisk.  During my 10 years working directly with Charlie, I took an active role in the design and construction of the instruments. Upon his untimely death in 1983, I was appointed Executive Vice President of the company and worked alongside the young team that Charles had gathered around him to continue the work that he had begun. I assumed the role of President in September 1993. During my 44-year tenure at Fisk, I took a part in the creation of 80 instruments.

Leading one of the world’s preeminent organbuilding companies requires boundless energy. After 23 years as president, I felt it was time to turn the job over to someone younger. In September 2016, I stepped down as president to work another year alongside Michael Kraft our current President. In the fall of 2017, I retired to Japan to be with my wife Hatsumi Miura, who is resident organist of the Yokohama Minato Mirai Concert Hall, home of Fisk’s Opus 110. I remain active in my role as Chairman of the Board of Directors at Fisk. In addition, I provide maintenance for the Fisk organs in Asia and help Japanese organbuilder Tetsuo Kusakari.