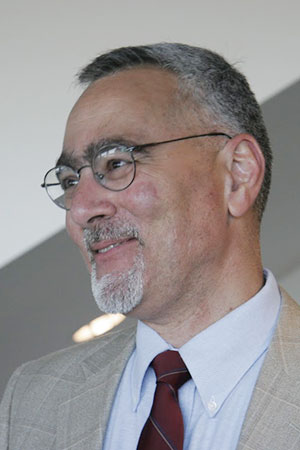 Charles Nazarian is an architectural designer associated with the Fisk firm for 44 years. Hired in February 1975, he was trained by the late Charles B. Fisk during a 5-year organ-building apprenticeship, gradually specializing in model-making, case design and collaborative design relationships within the Fisk team but equally with clients and professionals outside of the firm on each project. After establishing his own liturgical and architectural design office in 1980, he became consultant designer to the Fisk firm, a role he maintains to the present day. Nazarian is known on Cape Ann for his historically-informed design of period-style homes, both new and renovated, to complement the local architecture. He is a member of the Gloucester Historic District Commission and President of the Gloucester Meetinghouse Foundation, a non-profit devoted to preservation of the City’s oldest church building dating from 1806 as a civic hub, cultural venue and community action center.

Recognized as a distinguished pipe-organ designer, his work has been documented in many professional journals, such as The American Organist and Orgel International, for detailed scale models, contextual design, and creating a family resemblance among Fisk instruments regardless of style. He has always sought to achieve the high bar set by Charles Fisk, which is that the finished pipe-organ appears convincingly “as if it had always been there.”