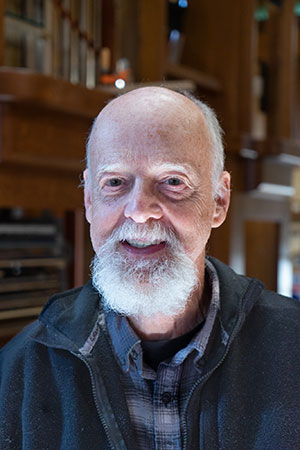 Robert Cornell learned science and engineering by losing and breaking his father’s tools as a young boy. His father, an Electrical Engineer with Bell Telephone Laboratories, had visions of his son following in his footsteps, but having become passionate about music, Bob studied Double Bass and Organ at Ithaca College for two years until the futility of following a career as a professional musician became obvious.

Joining C. B. Fisk in 1970 was the perfect opportunity to combine his love of both music and engineering. He has been engaged in many facets of organbuilding and has done much mechanical design work. In 1984 he introduced computers and AutoCAD drafting into organ building as Fisk, which was either a major leap forward or a constant source of frustration, depending upon who you ask. He has said that having Charles Fisk as his mentor for thirteen years has made a sea change in his experience of life in all its forms. He is currently semi retired and still loves his job. How many people can say that after nearly half a century!?!