The specification was designed in consultation with then University Organist John Ferris and a distinguished committee consisting of E. Power Biggs, Edward W. Flint, Daniel Pinkham, and Donald Willing. Their aim was to create an instrument that could be used for solo repertoire as well as for accompanying Sunday services in Memorial Church and the much smaller daily services in Appleton Chapel. A concerted effort was made to create an organ with the resources necessary for performing all styles of serious organ music.

A notable feature of Opus 46 is the Choir division, which stands apart from the main case and among the congregation. It is especially appropriate for more intimate types of music, and its visual effect as a centerpiece for the chapel is matched by its delicacy of sound. Another innovation Charles Fisk introduced in this organ was the doubling of the unison ranks of the Great Principal chorus. The two Great Mixtures were later reworked in 1968, and then combined in 1983 to make a single Mixture of four to ten ranks. Other changes to the original specification include a new Nazard and Tierce replacing the Twelfth, and the addition of a Quarte de Nazard 2’ in 1972, a memorial gift from the family of a student who had recently died. Our experiments with the hammering of pipe metal had come to fruition at this time, and the Quarte de Nazard became the first hammered metal stop produced by the Fisk shop.

The visual design of Opus 46 was by Charles Fisk and Roger Martin. Mr. Martin, a Rockport, Massachusetts artist, also designed and executed the many gilded wooden carvings, each relating in some way to the sea and including the Boston “sacred cod”.

At the time of its dedication in December 1967, the new organ at Memorial Church was the largest mechanical action instrument by an American builder in the twentieth century.

*Opus 46 was removed in 2010 and subsequently sold to Redeemer Presbyterian Church of Austin, Texas. It is currently in storage at the workshop awaiting the completion of a new building in Austin. Our Opus 139 now stands in the rear gallery at The Memorial Church where Charles Fisk had wished to build Opus 46. A period Skinner organ has been installed in the side chamber of Appleton Chapel. 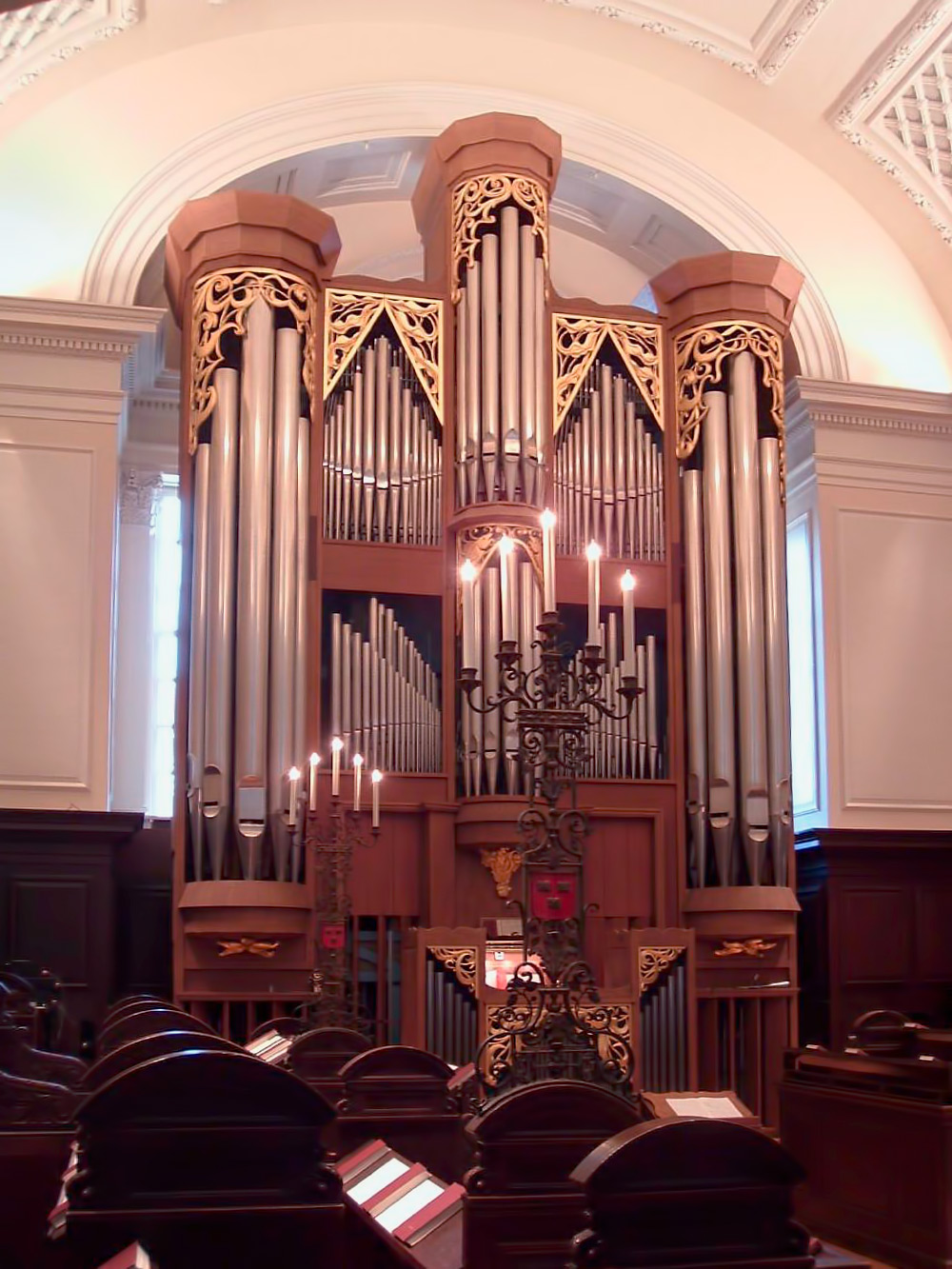