When we received a letter in the fall of 2006 requesting a proposal for a pipe organ in Christ Church, we were especially pleased because of our long acquaintance with and respect for the Reverend Jeffrey Gill and Minister of Music Barbara Bruns. Our appreciation of the 19th century Richardsonian Romanesque church building itself and its relative closeness to our Gloucester workshop made the project yet more enticing.

The tonal design evolved in consultation with Ms. Bruns and the Organ Committee, and is the result of research and discussion on the musical requirements of the Episcopal liturgy, the acoustics of Christ Church, and the flexibility needed for a recital instrument. Pipe scalings, alloys, construction and voicing techniques are all modeled on historic precedents. The hammered-lead pipework of the Great division, after 18th-century German examples, exhibits the strength, gravity, and cohesiveness that enable it to lead congregational song. Noteworthy examples of French Romantic organbuilding included in Opus 137 are the hammered tin Swell Viole de gambe 8‘ and Voix céleste 8‘, which follow examples by the 19th-century Parisian organbuilder Aristide Cavaillé-Coll, and contribute a characteristically rich, edgy timbre. This instrument also includes a trio of Cavaillé-Coll inspired harmonic flutes, voiced to sound their octave harmonic, resulting in a pure, slightly breathy tone with potential for great power. The large-scaled Flûte harmonique 8′ of the Great division, singing and voluptuous in tone, is the instrument’s primary solo flute. The Swell Flûte octaviante 4′ and Octavin 2′, also harmonic flutes, together with the Cor de Nuit 8′, a chimney flute, form a chorus that is ideal for choral accompaniment and indispensable for 19th and 20th century solo organ repertoire. All told, the Great and Swell divisions contain seven 8′ flue stops of widely varying timbres. Together they form what the French refer to as the fonds d’huit, or 8′ foundations, a registration of opulence and depth.

Opus 137 includes six reed voices. The free-wheeling Swell Trompette 8′ and Clairon 4′ and the more restrained Swell Basson 16′ and Hautbois 8′, are all modeled after Cavaillé-Coll. In contrast, the Great Trommet 8′ and the Pedal Posaune 16′ are modeled after the work of the influential 17th century North German builder Arp Schnitger. They produce a controlled, foundational tone appropriate for the music of the German Baroque masters, including Dietrich Buxtehude and J.S. Bach. All of the 2,002 pipes were made and pre-voiced at our Gloucester workshop and then finish-voiced in the church, a task of many months, giving the voicers the opportunity to refine and balance the individual voices of the organ, and the overall sonority, with the acoustics of the sanctuary. 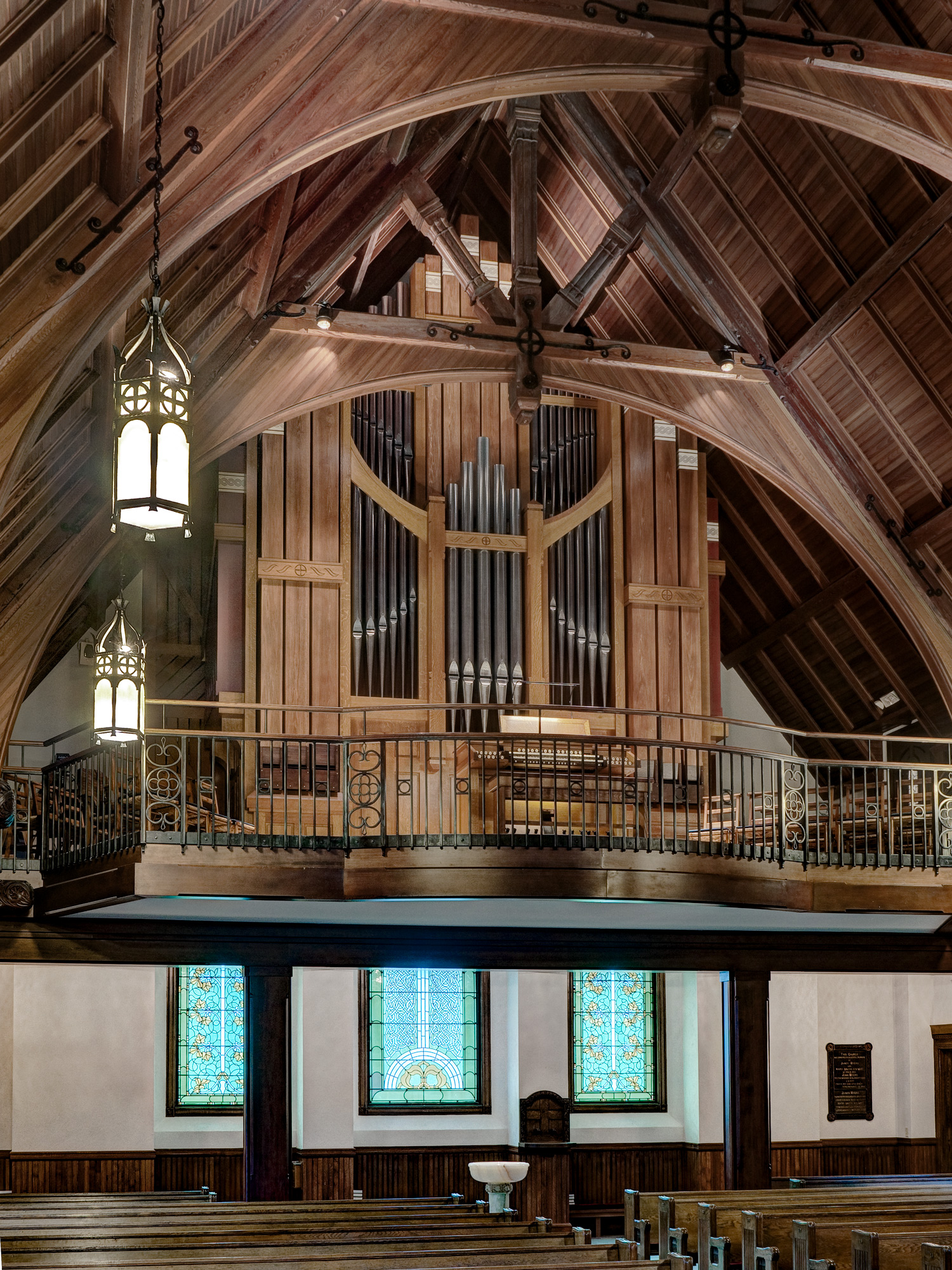