Before his untimely death, Charles Fisk designed an eclectic specification for this project in consultation with Clyde Holloway, including stops of the German, French, English, and American schools of organ building.

The Great Plenum is based on the 18th century German Hauptwerk in the Schnitger style, as are the flute stops. The 18th century French reeds and the mounted Cornet V provide stops for the French classical repertoire. The Flute Harmonique and Gambe, inspired by Cavaille-Coll, form a Fonds d’huit with the other two 8′ flue stops. The Chaire, like the Great, is eclectic in nature but smaller scaled in contrast to the Great, and more lightly voiced.  In addition to the German principals, reeds, and flutes, French stops include mutations and the Cromorne.

The Swell is typical of 19th century French organs, offering a third manual chorus to accompany the choir or to contrast with the Great. The Viola da Gamba 8′, Voix Celeste 8′, and reeds are modeled on stops of Cavaillé-Coll. The Pedal division shares the Prestant l6′ with the Great as the basis of its own 18th century German chorus to which the Trombone 16′, a Silbermann style reed, adds yet more fundamental. The 32′ Bourdon creates a grand effect when added to full organ.

Extensive acoustical changes were made to the 1927 William Ward Watkins church under the direction of David Klepper of Klepper Marshall King of White Plains, New York. Carpeting and pew cushions were removed, and the ceiling, which strongly influenced the Italianate style of the case, was made much more reflective without altering its appearance.  Reverberation time is now close to three seconds. 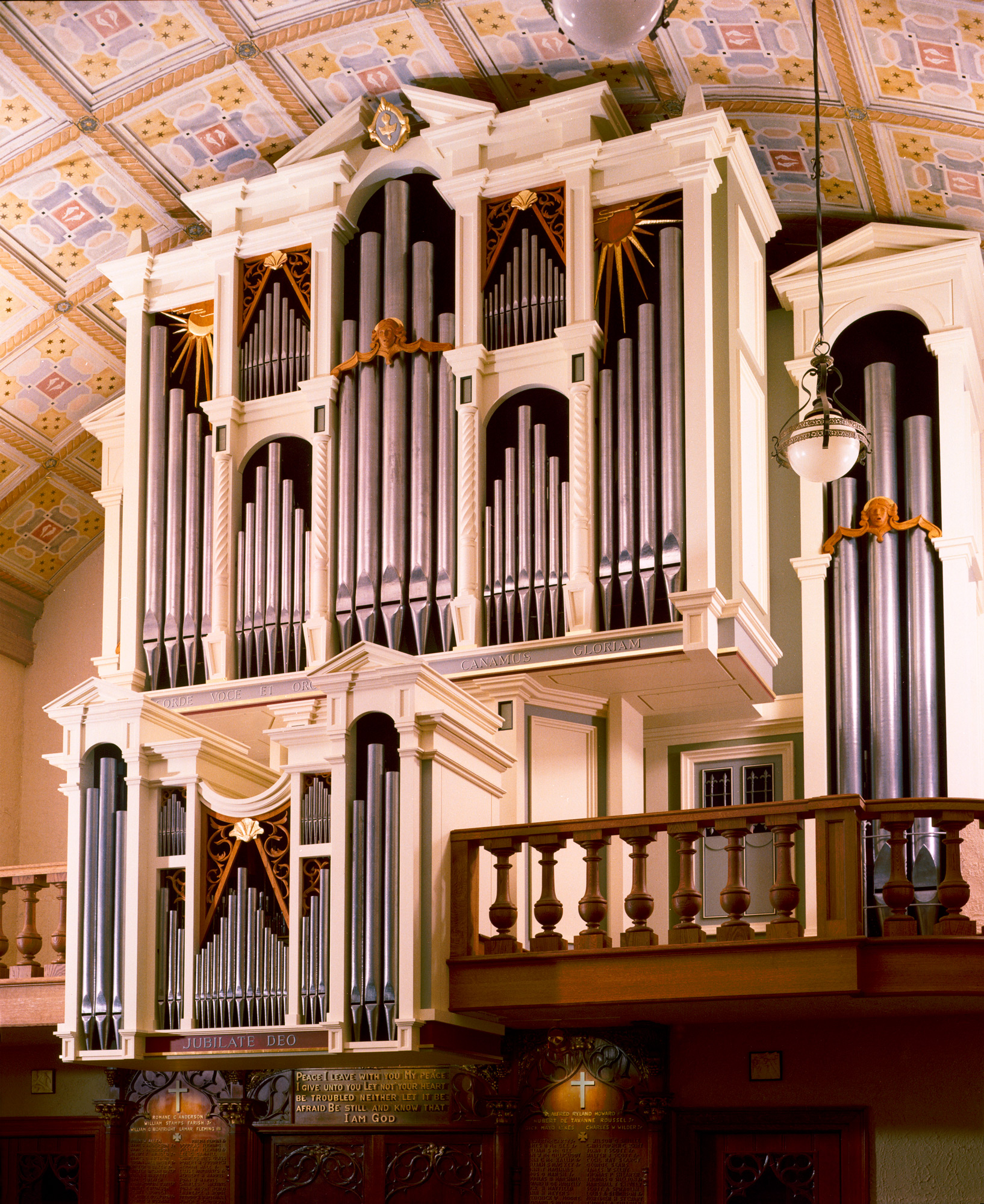