Speaking from the rear gallery of the lofty sanctuary, the organ is housed in an American walnut case designed by Charles Nazarian to harmonize with the Victorian Gothic architecture of the church. The façade pipes are of hammered lead, the largest is DD# of the Great Prestant 16′.

Charles Fisk made an initial visit to the church in September 1980, and set the course for the design of the instrument. The contract was signed in April 1984, four months after Charles’s death, an expression of the church’s trust in his successors. The final tonal design reflects numerous discussions with Dr. Douglas Reed, Organ Consultant to the church and Professor of Organ at the University of Evansville. A number of pipes from the Marshall Brothers instrument of 1874 and the Casavant rebuild of 1925 were reconditioned at the Fisk workshop and revoiced to fit Opus 98’s tonal scheme. The temperament is Fisk I. The stop action is mechanical and is outfitted with a mechanical combination system.

In response to recommendations by acoustician R. Lawrence Kirkegaard of Chicago, the entire ceiling was resurfaced with sound-reflecting material. Kirkegaard, in consultation with architects Knapp, Given, Veazey & Shoulders, designed new air conditioning equipment to eliminate mechanical noise. The walls on both sides of the balcony were subtly reshaped to eliminate a flutter echo that would have adversely affected musical sound from the balcony. 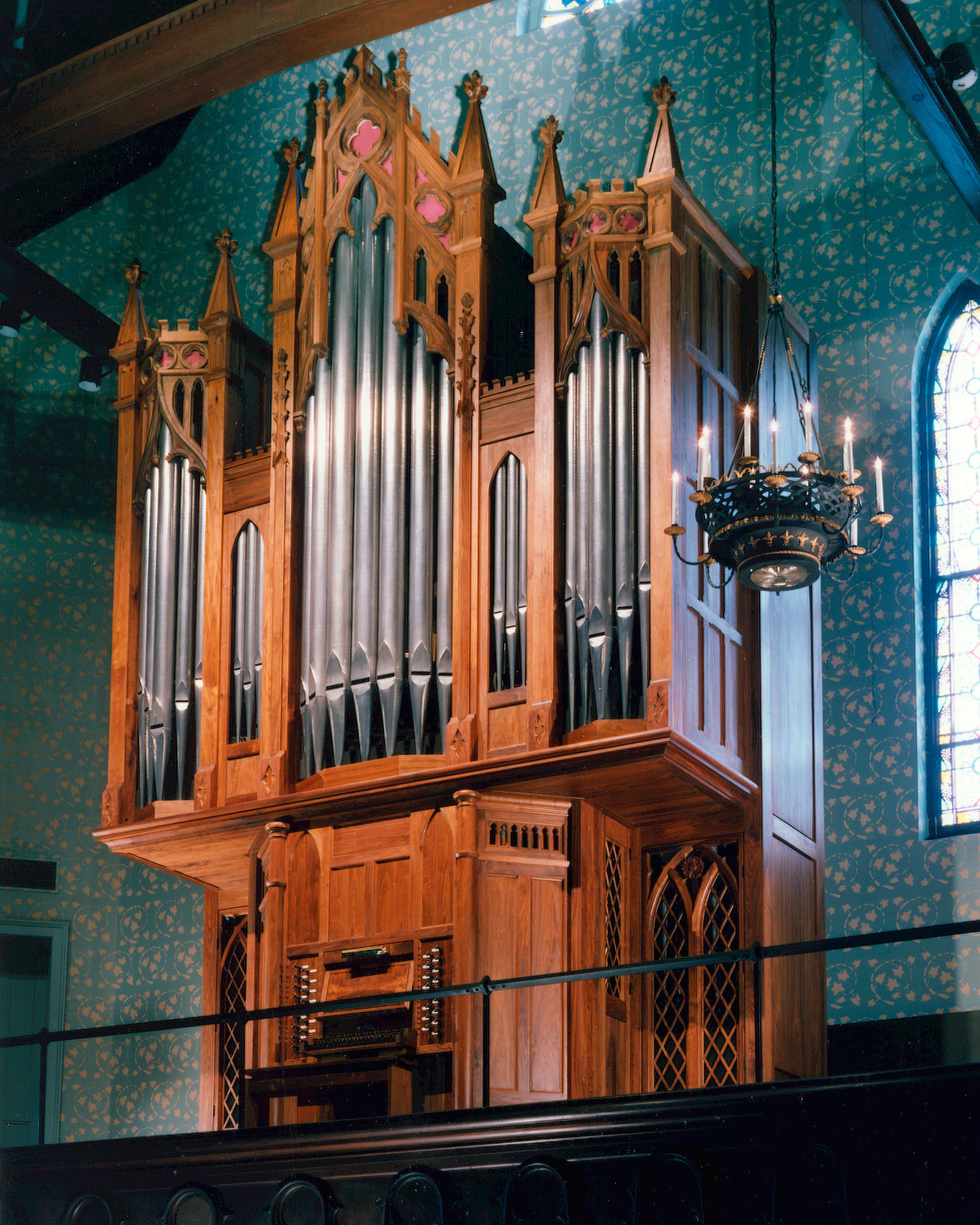