Charles Fisk met David Fuller, noted harpsichordist, organist, and musicologist, in the 1950’s, beginning conversations that would culminate more than twenty years later in a new organ for Slee Concert Hall, a 750 seat multi-use auditorium large enough for orchestra. The earliest substantive dialogues between them came in 1979, as Charles finished Opus 78 in St. Paul, Minnesota and a contract was signed and affirmed by the New York State Legislature in 1982.

The organ contains the first Kowalyshyn Servo-pneumatic Lever, later used in more than a dozen Fisk concert organs. Decisions made regarding the pipe scaling and wind requirements of Opus 95 formed the basis of much of our later concert hall work.

The specification of Opus 95 is based upon classic and romantic French and German antecedents, but combined in a unique American way that allows for authoritative performance of four centuries of organ music, while inspiring new music as well

A memorable performance of Lou Harrison’s 1973 Concerto for Organ with Percussion in the inauguration festivities was an especially appropriate emphasis of contemporary music at the University at Buffalo. 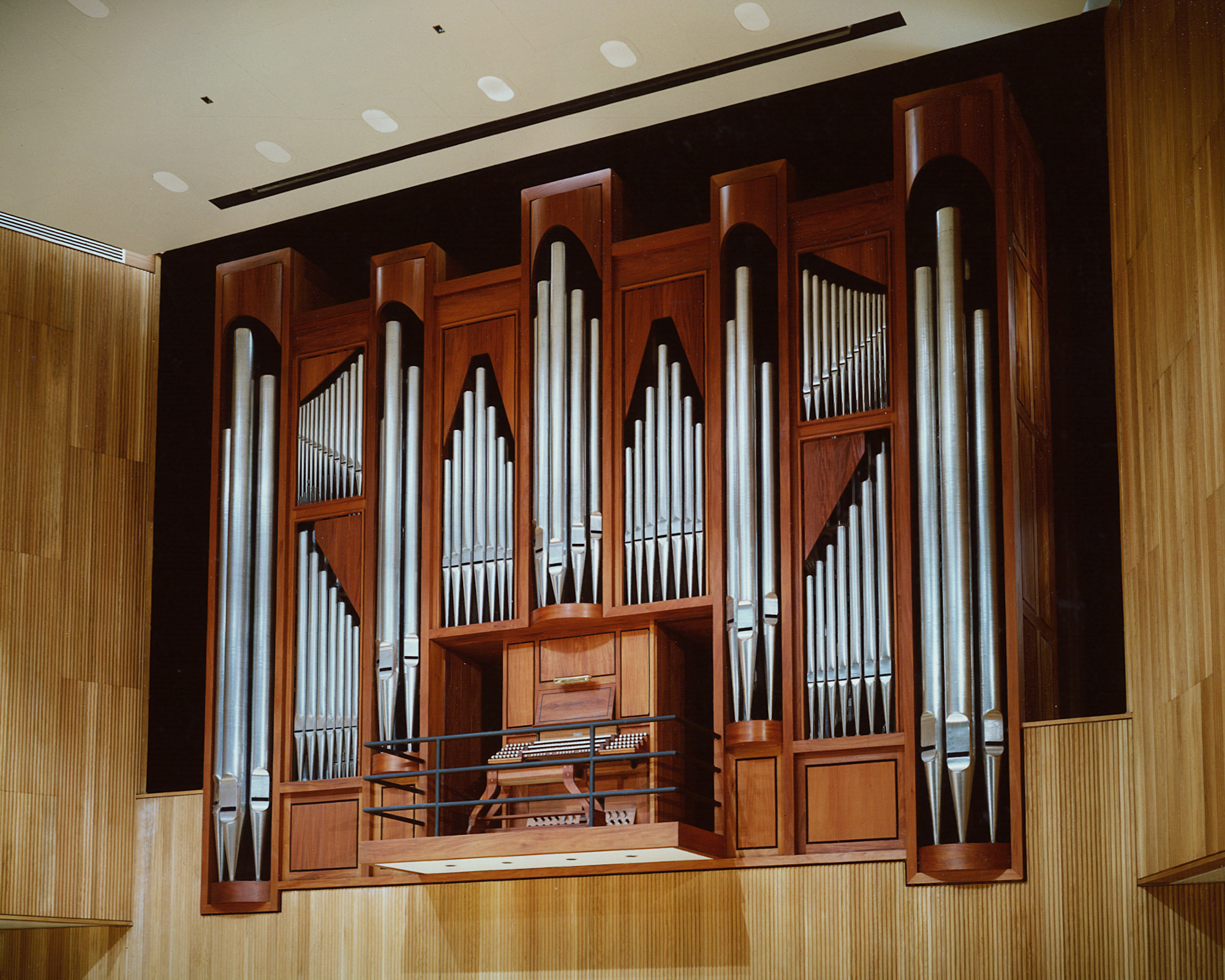