In 1981 Charles Fisk designed the specification for what he called “a three-manual organ appearing on two manuals.”  His innovative idea was to play both the Brustpositiv and the Swell from the upper manual. Reversible pedals control the wind to both of these divisions, making it possible to select either the Brustpositiv or the Swell, or to play both simultaneously.  Because the Great, played from the lower manual, is essentially a constant throughout most periods of organ building, the ability of the second manual to take on the character of a 17th century German Brustpositiv or a 19th century French Swell gives the organ a versatility not hitherto possible on a two-manual organ. A similar specification was used at Opus 93 in Niantic, Connecticut.

Just as the specification and pipe scaling of the organ at St. George’s were designed to fit the church acoustically, the organ case was specifically designed to harmonize visually with its setting. An exactly scaled model of the church was used to allow the designers to work with the clean modern lines of the sanctuary to create an organ that would appear to have always been there. Opus 94 combines a contemporary style with a traditional arrangement of towers and flats to produce a modern case with historical allusions. 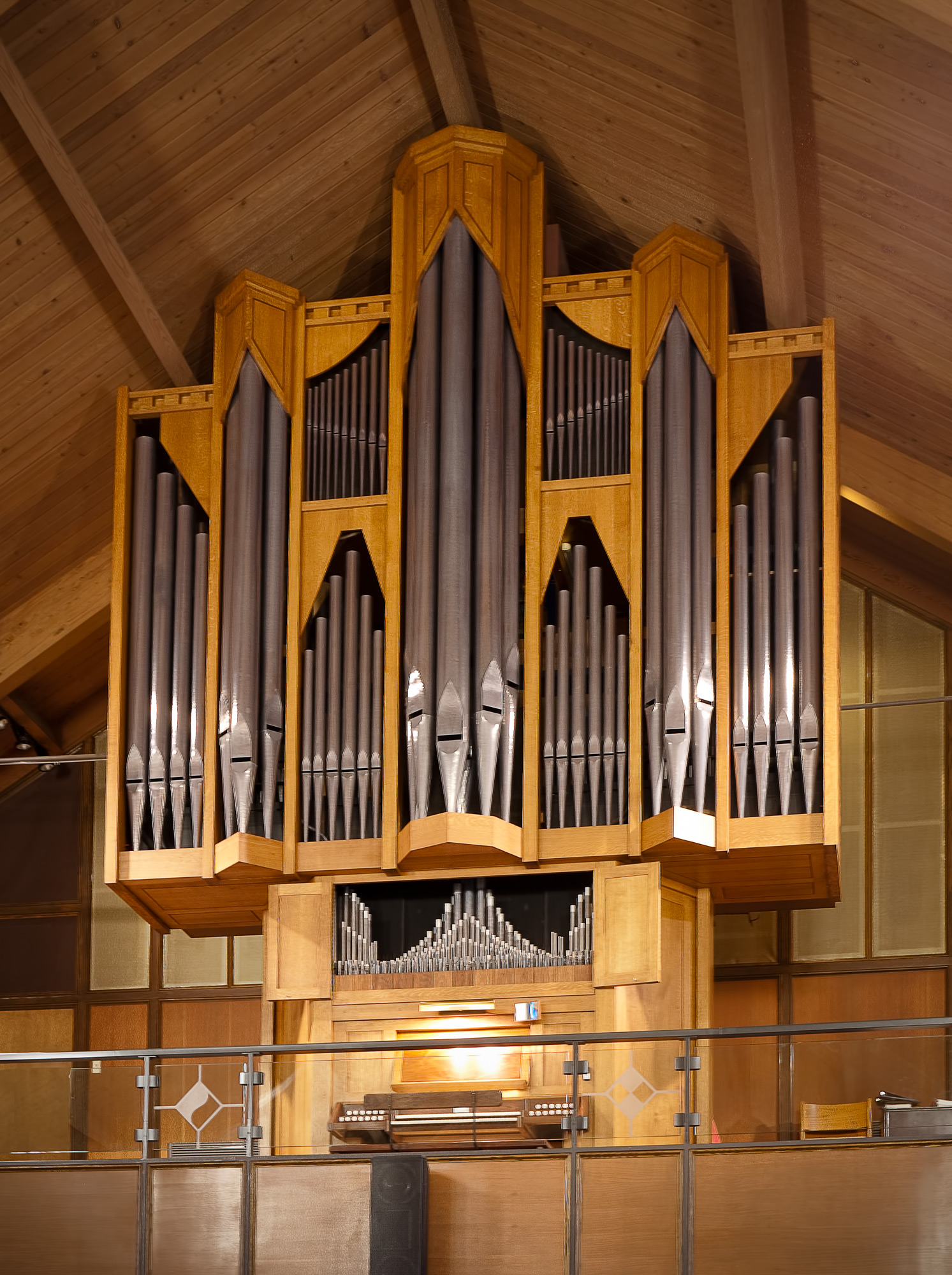 Ventils control divisions available on Manual II. Bracketed pairs of stops are each controlled by a single knob. Drawing the knob halfway brings on the first stop. Drawing it fully brings on the second stop. Direct mechanical key and stop action. Wind Pressure: 3 1⁄4”.