Church of the Transfiguration

In the shadow of the Empire State Building lies a 19th century English Gothic churchyard complete with lychgate. Built in 1849, the church was then at the northern outskirts of the city. Nicknamed “The Little Church Around the Corner,” in honor of the welcome shown toward actors, the connection to the nearby theatre district continues through the Episcopal Actors Guild. The church is also the home of the Choir of Men and Boys, the oldest existing in New York.

Charles Nazarian’s visual design, inspired by the organ at St. Stephen’s Church, Old Radnor, Wales, complements the perpendicular Gothic style church. Standing in a chapel at the crossing of the Nave and the South Transept the organ is positioned to support congregational singing. Carved oak panels stained dark, with gilt and green accents, enhance the medieval atmosphere. The hammered lead façade pipes are taken from the 8′ Prestant of the Great and the 4′ Octave of the Pedal. The lower case has wrought iron gates designed and built by Miranda Fisk, as well as twelve quatrefoil bas-relief plaques carved by parishioner and artist Daniel Maloney.

The organ’s tonal design is guided by historical traditions; to accompany the choir, to support congregational singing, and to play the breadth of organ repertoire for services as well as concerts. Charles Fisk provided the original concept of a German Baroque Great, Pedal and Brustwerk, augmented by a 19th century French Swell.  The instrument has been featured on two CD recordings, and in a weekly recital series “A Little Midday Music”. 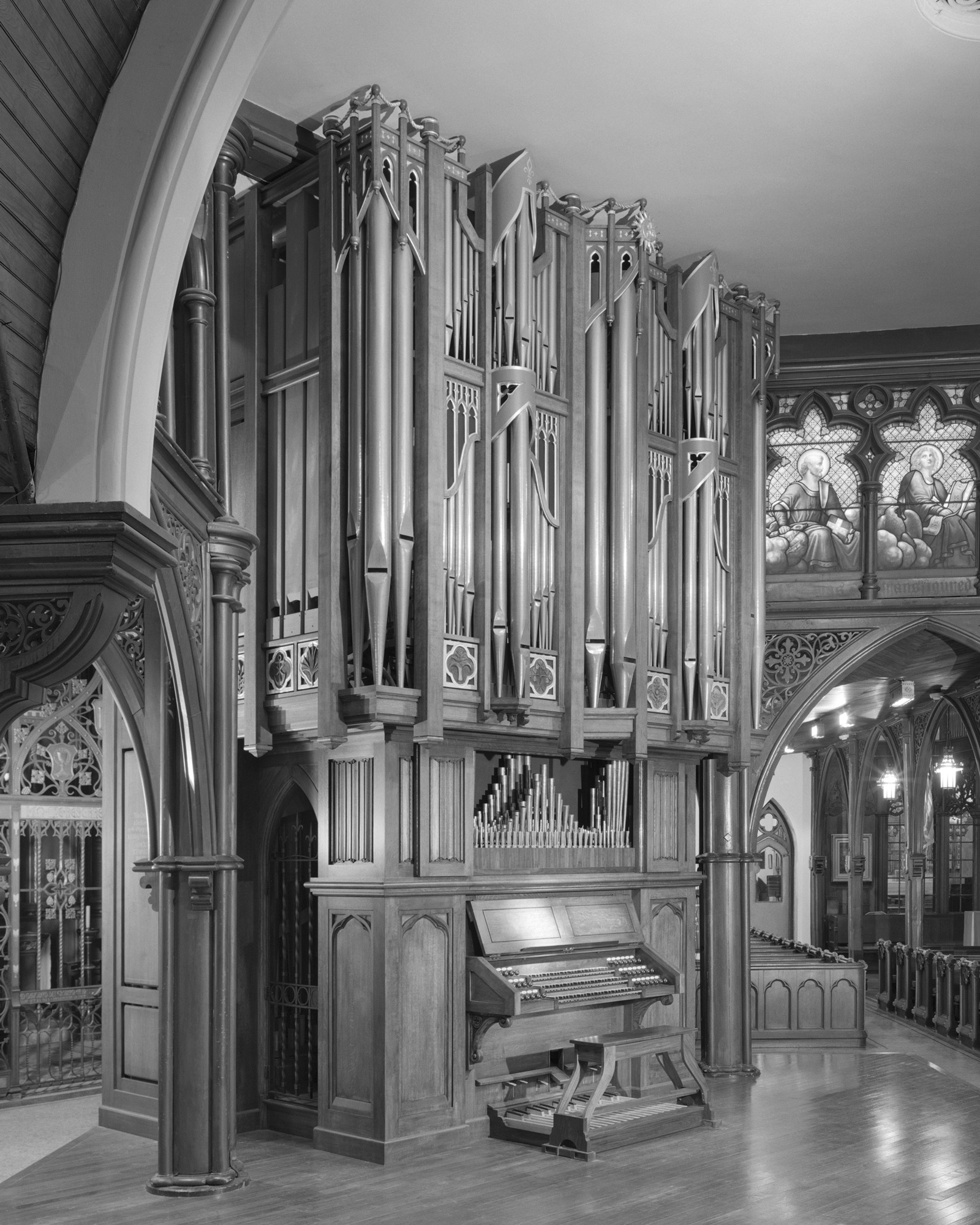 Bracketed pairs of stops are each controlled by a single knob. Drawing the knob halfway brings on the first stop; drawing it fully brings on the second stop.
Mechanical Combination Action, 2 pairs of adjustable pedals, On & Off for each Left (SW & Ped) and Right (Gt & BW) jambs