This tidewater city, the colonial capital of the Carolinas, has a rich history from the earliest times of the American settlement. The 1819 First Presbyterian Church is similar in design to the First Congregational Church in Litchfield, Connecticut and contains a serene and meditative space filled with light. The new organ’s visual design recalls organs built in New England in the mid 19th century. The elegantly simple case is painted white, the console and moldings are of Honduras mahogany. At the heart of the U-shaped rear gallery, the organ is in an ideal position to support the many choirs that it accompanies, as well as congregational hymn singing.

Organist Vance Harper Jones played the inaugural recital in the Spring of 1986 with music by composers from Bach to Albright, 300 years of organ repertoire. 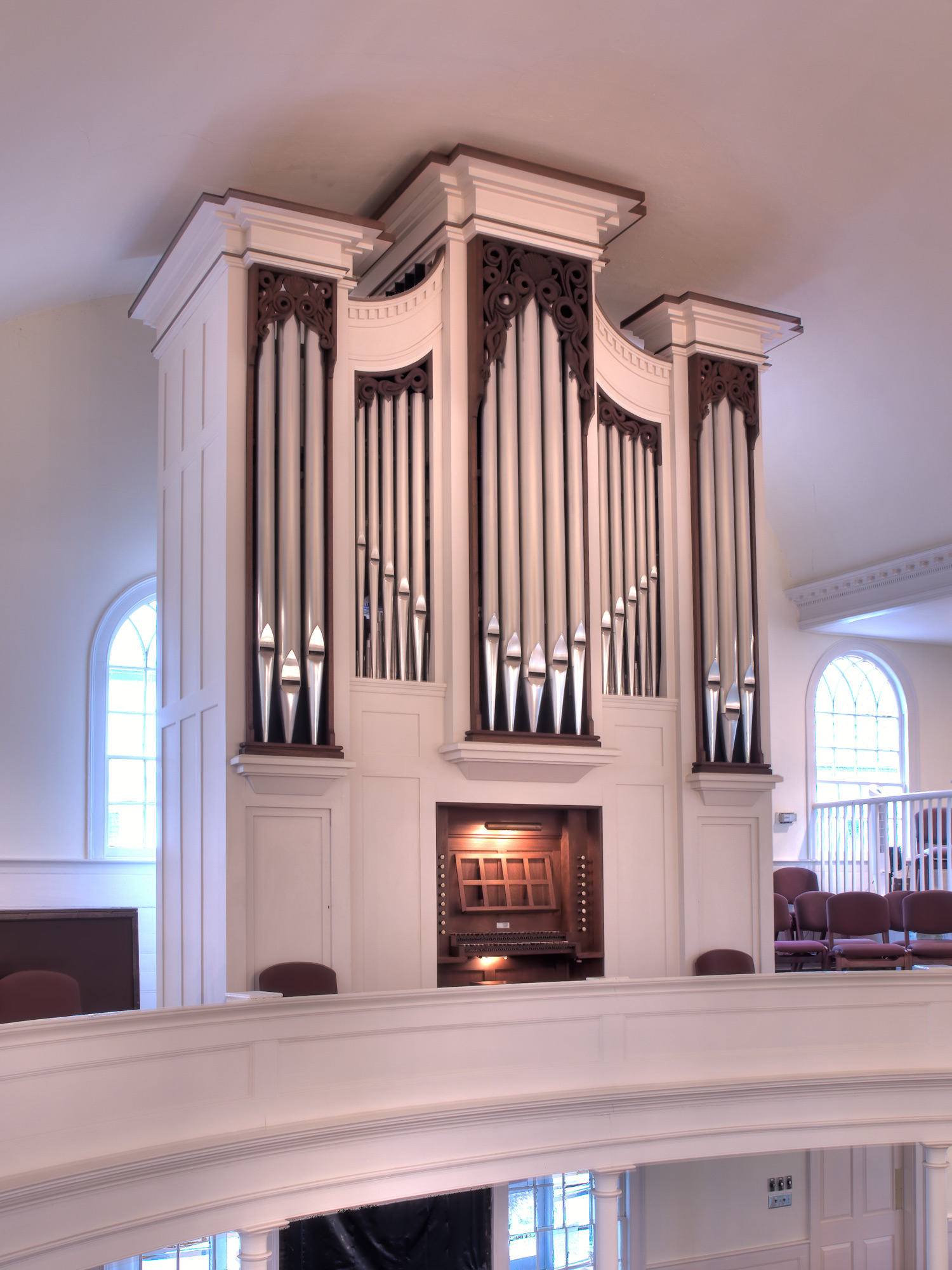