Just the third three-manual tracker action organ to be built in the twentieth century by any American builder, Opus 45 was designed with the intent of convincingly rendering the serious organ literature of all periods. The instrument can be used for concerts or recitals while also fulfilling its role in support of congregational singing.  Flue choruses tend toward the Germanic while the reeds lean toward a French esthetic. Quiet effects may be best obtained from the Choir flutes; the Swell’s primary role is in accompaniment for the choir.

To meet the requirement that the stained glass windows remain visible, the pipes of the Great are grouped centrally just below the rose window with the 8′ and 4′ trumpets en chamade just above the Swell, which is enclosed behind adjustable louvers. The Choir, or Rückpositiv, is in the customary position on the gallery railing, while the Pedal, which contains the largest pipes, is at either side in two symmetrical towers outside of the lancet windows.

Reflecting panels surround all sections of the organ, but they do not enclose the pipes. Charles Fisk was not convinced of the importance of a case when Opus 45 was built, but except for Opus 74 in nearby Providence, this is the last organ he made with this open concept.  This particular design, while no longer considered best for the projection of organ sound, allows for the interesting interplay of colored light from the windows with the silvery vertical lines of the pipes. 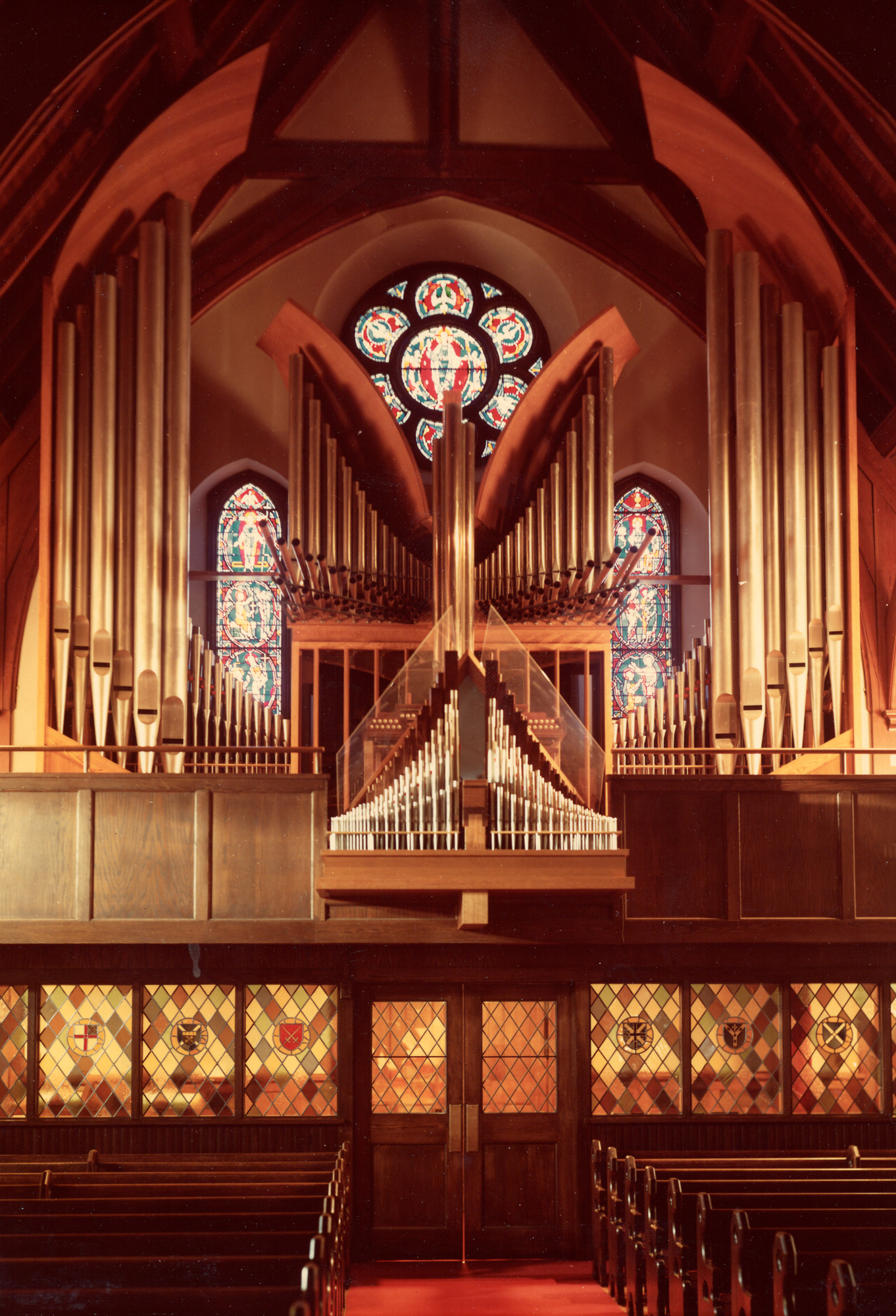