As the first three-manual tracker action organ built by an American firm in the 20th century, Opus 44 was a milestone instrument.

Although an otherwise new instrument, the organ has a number of stops that contain pipes from the previous instrument. Three mixtures and a Fifteenth, added to the old organ by Charles Fisk in 1960, were revoiced for the new organ. The Pedal Trombone combines old resonators with new shallots, tongues, and boots; the Pedal Open Bass, wood flutes, strings, and some other stops were also modified and revoiced for the new organ.

The case, a replica of the church’s 1756 organ, is placed well forward in the gallery with the Great and the Choir speaking toward the front. Located above and behind the Great, the Swell has separately controllable openings facing both forward and backward. The Pedal is within the main case beneath the Swell and speaks mainly to the back wall. Newly constructed of hard plaster, this wall functions as an efficient reflector and gives the sound projected rearward a quality distinguished from the forward projected sound.

Although the organ was a success, as the years went by Charles Fisk became increasingly dissatisfied with certain stops in the organ. The Choir Mixture was modified only a few years after the completion of the organ, and in 1979 a new mixture of larger scale was provided in place of the Swell Sharp. A year later the Trumpet 8′ and Clarion 4′ of the Great, which had been purchased from an Austrian firm and from the beginning had been judged too thin and did not blend in well, were replaced by a larger scale French-style Trumpet and an 8′ Cromorne, both made in the Fisk pipe shop. 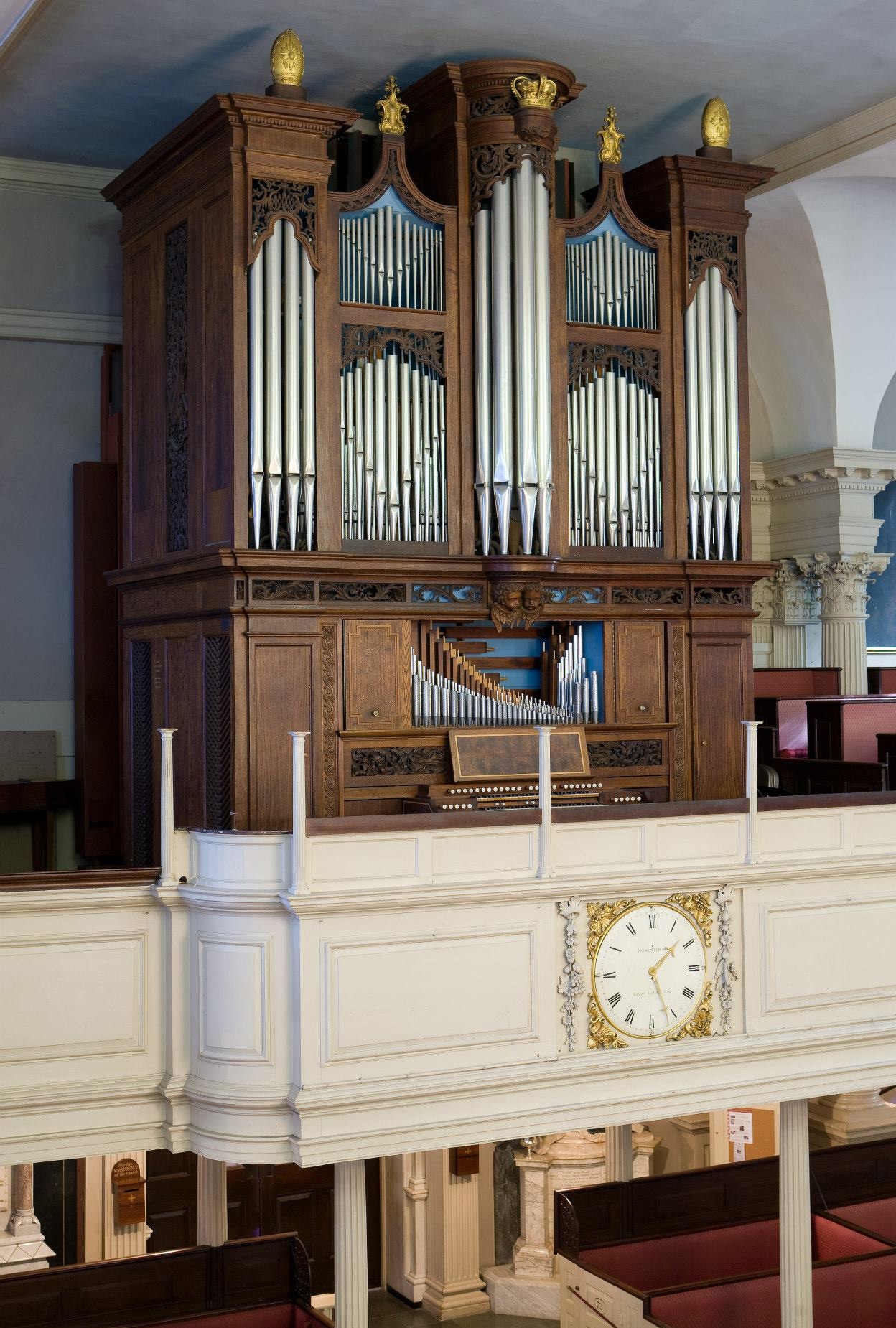 * indicates a stop which is partly or entirely composed of pipes from the existing organ.
+ indicates new stops since the installation of the organ.

Swell to Great
Choir to Great
Great to Pedal

Swell to Pedal
Choir to Pedal