The First United Methodist Church of Pittsburg, Kansas, was established in 1879 as the Tabernacle Methodist Church, three years after the founding of the City of Pittsburg. The current building, the third in the church’s 140-year history, dates from 1914. The church has recently undergone a major renovation, a new pipe organ having been included as part of the renovation plan from the beginning.

Joseph Myers, acoustical consultant from Kirkegaard Associates of Chicago, assisted with revitalizing the sanctuary design, recommending numerous changes that would improve the acoustical ambience – for the spoken word, for both congregational and choral singing, and for the support of organ tone. Opus 152 is a two-manual and pedal instrument of 26 stops, 22 of which are
independent voices. The Great division, placed behind the façade at impost level, comprises only 6 stops but provides a solid foundation of 16, 8, and 4 foot tone for leading congregational song. The large Swell division is home to a complete 8 foot flue chorus, a pair of strings, a flute-scaled cornet séparée, and three colorful reed voices, all at 8 foot pitch. The heavily-built Swell box is located above the Great division and is oriented back to front, with expression shades on the front and both sides. Due to its wealth of tone colors and extensive dynamic range, the Swell division ably accompanies the church Choir and contributes to the organ’s ability to showcase a wide range of organ solo repertoire. Importantly, the upperwork of the Swell can be coupled to the Great foundations to create an appropriate organo pleno on Manual I. The Pedal is home to two independent voices – the Principal 16, which appears in the façade from DD, and the Trombone 16. Four additional Pedal stops are mechanically transmitted from the Great.

The music program at First United Methodist is presided over by Music Director and Organist Susan Marchant. Dedication festivities were held in March 2019 and featured a recital by Dr. Marchant (who is also Director of Choral Activities, Organ, and Harpsichord at Pittsburg State University). Music of Bach, Krebs, Rheinberger, Luke Mayernik, and Howells was performed, and a congregational hymn was sung. Members of the Chancel Choir and the Pittsburg State University Chorus then combined to showcase “A Journey Through the Church Year”, performing choral anthems of David Ashley White, Bob Chilcott, James Whitbourn, Andrew Carter, Geraint Lewis, and Kenneth Leighton. 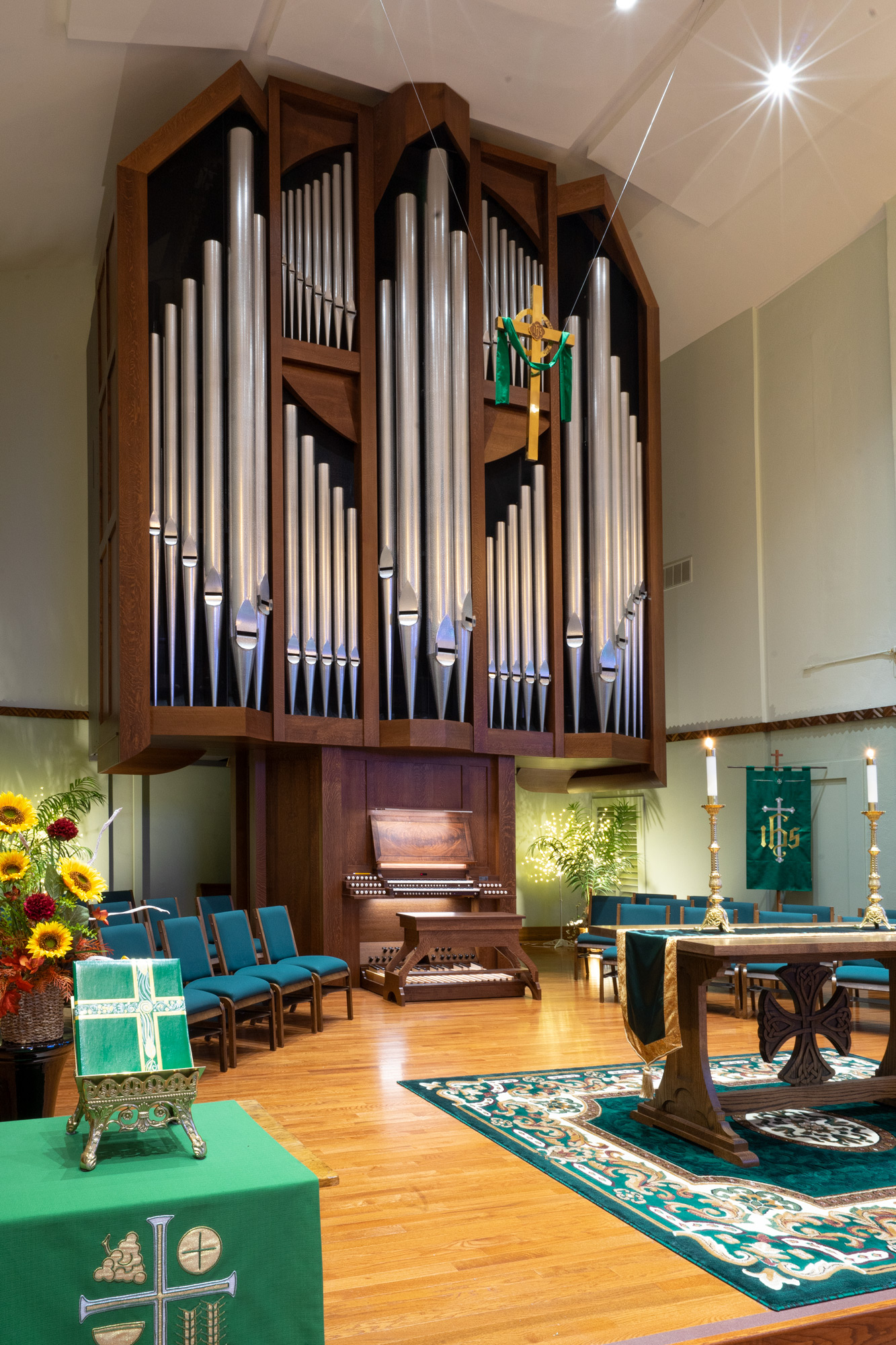