At the American Guild of Organists’ National Convention held in Boston in 2014, a new Hong Kong chapter was granted a charter. This young AGO Chapter has as its members a number of organists who have studied in the United States and Europe and who are eager to elevate the role of the pipe organ in Hong Kong society.

We are honored to have built a 3-manual 9-stop tracker action practice organ in the chapel of the Sheng Kung Hui Tang Shiu Kin Secondary School in the Wan Chai district of Hong Kong. Opus 149 will be used to accompany chapel services and will be available to students and other organists in Hong Kong as a practice instrument.

The school was established in 1962 by the Anglican Church in Hong Kong, Sheng Kung Hui, and is named for philanthropist Sir Shiu-kin Tang. “The school motto is HYPOMONE, a Greek word meaning ‘perseverance, forgiveness and tolerance’. The school aims to give young people a balanced education, based on Christian love, and promotes equally moral, intellectual, social, aesthetic and physical development.”

The school is an ideal location to introduce a new generation to the pipe organ and its music. 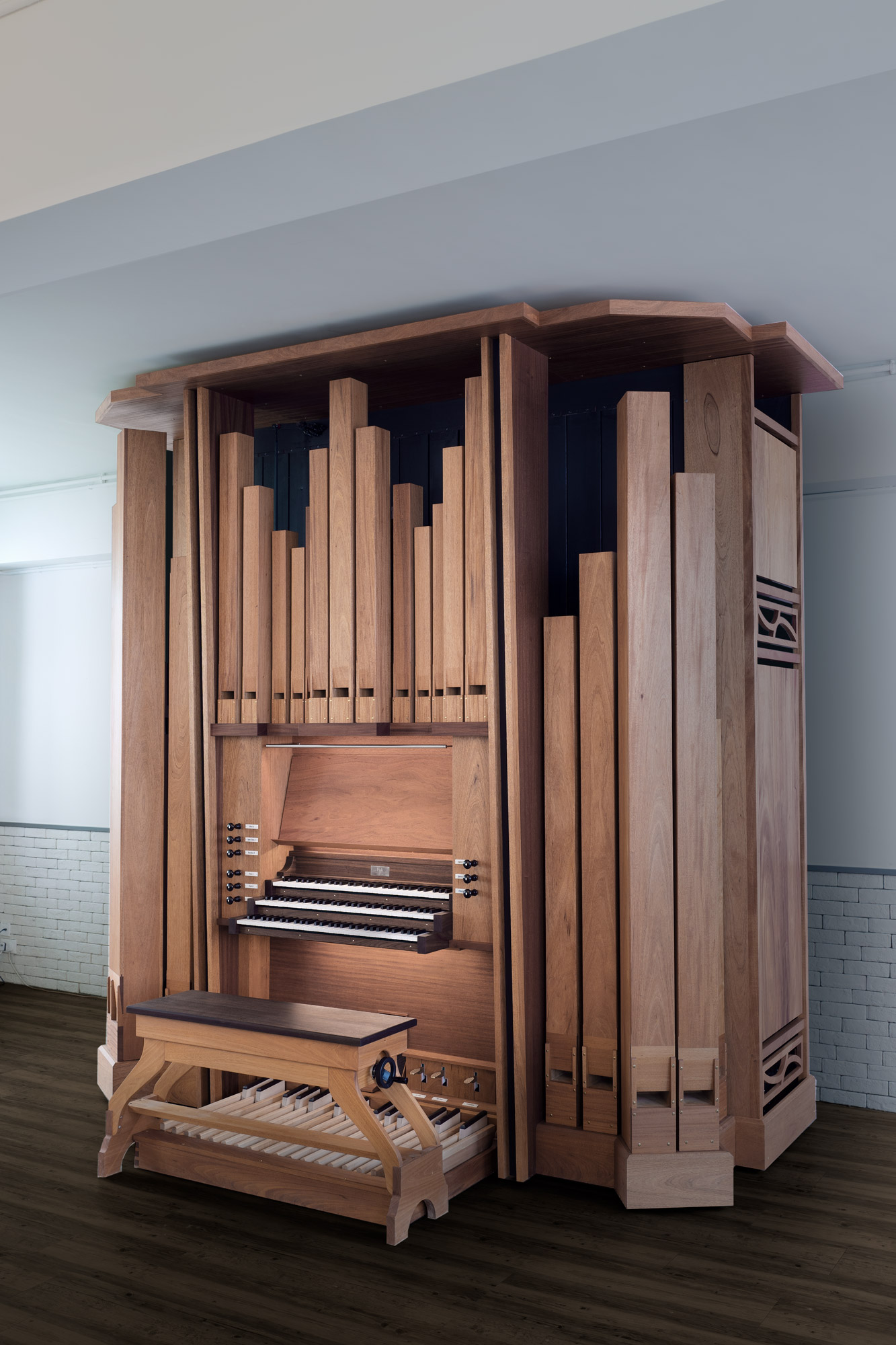 Manuals II and III are
permanently coupled
to Manual I.

The alternating stop (Manual Flute 4′) has two stop knobs, one on Manual II and one on Manual III. This stop
may be used in one division or the other, and simultaneously on Manual I.
Balanced Swell Pedal controlling all Manual pipework.
Tremulant
Mechanical Key Action
Manual keyboards, CC – c4, 61 notes, Pedalboard, CC-g1, 32 notes.
Mechanical Stop Action