Chapel of the Holy Spirit

Glendale, incorporated in 1855, is a quiet, historic village of 2,200 inhabitants located 15 miles north of downtown Cincinnati. In 1865, Christ Episcopal Church was founded, and an elegant Victorian era stone church with surrounding campus was built. Nearly 150 years later, in the Spring of 2014, Christ Church completed an exciting new addition to their campus – the Chapel of the Holy Spirit. Attractive, modern in design, and filled with light, the Chapel can accommodate up to 200 worshipers. It is outfitted with movable furnishings, allowing for multiple configurations for various genres of worship and performance.

Opus 146 resides in one corner of the space, where Charles Nazarian’s angular five-compartment case design features the Great Principal 8′, made of hammered spotted metal, and the Pedal Violone 16′, constructed of solid maple. The Great and Swell divisions occupy the right-hand portion of the case, the Pedal the left-hand. The console is attached and centered on the right side, offering a good line of sight between Organist and Choir, which occupies a space just to the right of the organ.  Acoustically, the Chapel is nicely reverberant as well as supportive of bass tone, thus offering a very sympathique environment for organ music and music-making of all kinds.

The Parish offers a comprehensive music ministry that involves numerous volunteer musicians and encompasses four choirs. The organ was delivered to the Chapel in August of 2015. On October 25th, one week after the tonal finishing was completed, Opus 146 was dedicated in an Evensong service with a performance of the music of de Grigny, Bach, and Duruflé. 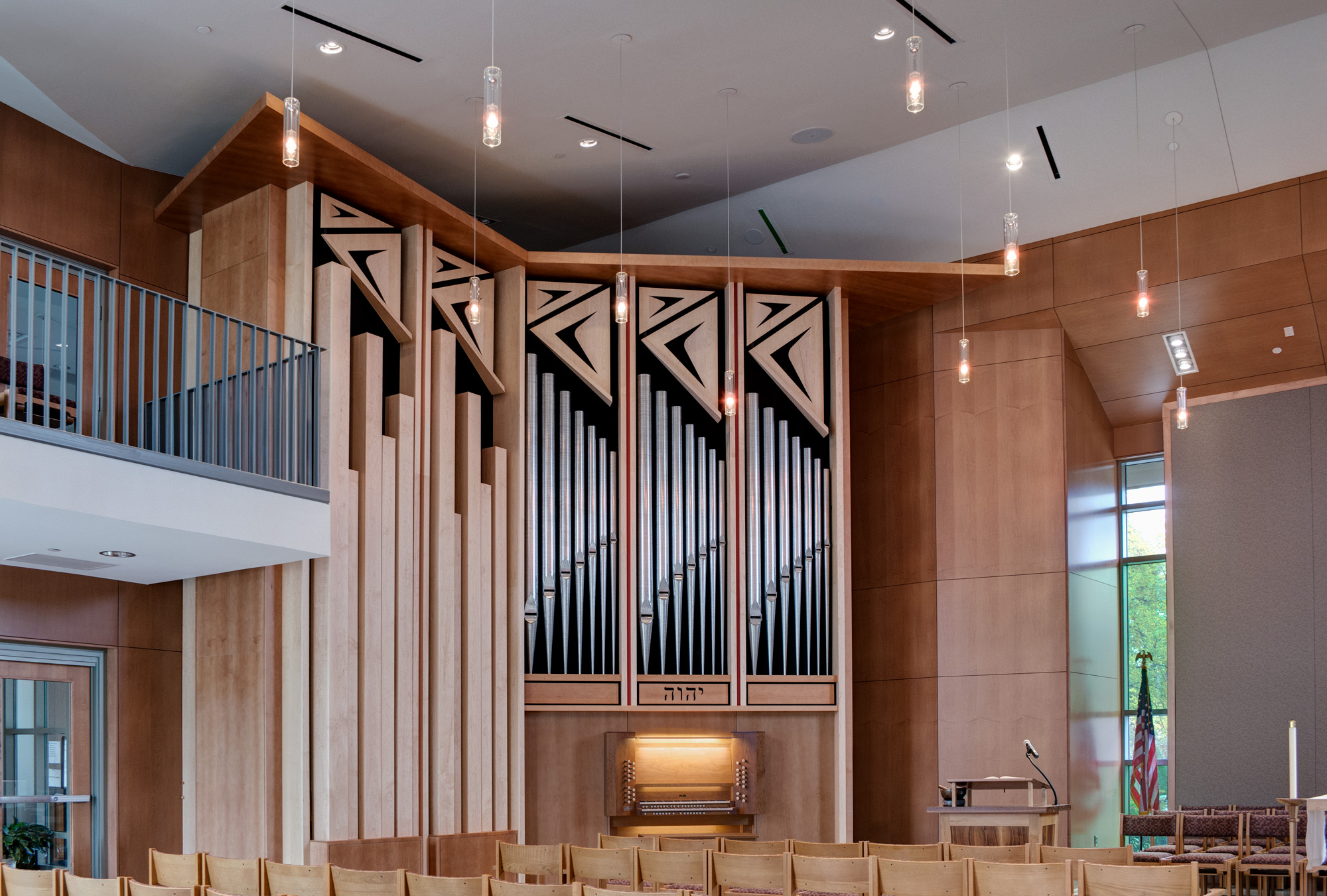