Opus 145, with its quarter-sawn white oak case and 35 stops on two manuals and pedal, was completed in March of 2016. Although only 24 of the stops were funded initially, two were added in 2018 with firm intention to complete the remaining 9 stops as expeditiously as possible.

Early discussions regarding the possibility of a new organ were initiated as part of a larger rethinking of the church’s needs and requirements for the coming years.  With the expectation of a growing congregation and the wish to support the region’s arts and cultural communities, the possibility of a new church building was explored. Ultimately the costs proved insurmountable but the vision persisted.

At this early stage it was assumed that the new organ would remain in the West Gallery where a previous organ and choir shared the cramped loft to the benefit of neither. Our detailed study of this difficult situation lead us to propose that the church raise the roof over that part of the sanctuary to create sufficient height to move the organ up and back, leaving more room for the choir and additional seating for a growing congregation. Cost analysis showed the work could be done for approximately one-third the cost of a new building.

In consultation with organist and choirmaster Dr. Homer A. Ferguson III, we developed the tonal design to meet the requirements of the Episcopal liturgy, to give the organ the flexibility needed for a recital instrument, and to take advantage of the room’s acoustics. Opus 145 contains a partially enclosed Great, a first for Fisk, offering the organist considerable flexibility in leading and accompanying all aspects of the Episcopal service. Another first for us is the Swell to Great super coupler, enabling the player to couple Swell stops to the Great keyboard an octave higher, resulting in brilliant, shimmering sonorities that otherwise would not be possible.

The Great principals are made of hammered lead and are scaled and voiced after 18th-century German examples, lending strength, gravity, and cohesiveness to this division, allowing it to serve well in leading congregational song. Contrasting examples of 19th-century French organbuilding are found in the Swell. The hammered tin Viol da Gamba 8’ and the Celeste 8’ are patterned after the work of Parisian organbuilder Aristide Cavaillé-Coll, whose work also inspired the several Harmonic Flutes in both the Great and the Swell. The Pedal Trombone16’ and its extension Trumpet 8’ are modeled after the work of late 17th-century North German builder Arp Schnitger. They produce a controlled, foundational underpinning, appropriate for the music of the German Baroque masters, such as Dietrich Buxtehude and J. S. Bach.

Rather than a single recital in conjunction with a dedication service, Dr. Ferguson arranged for a “Pipe Organ Festival,” a series of recitals on four Fridays over the course of the summer of 2016, featuring select organists from around North Carolina. Performers included Dr. Ferguson in concert with Amanda Ferguson on violin, Dr. André Lash, Mr. Chase Loomer, and Mr. Stephen Gourley. 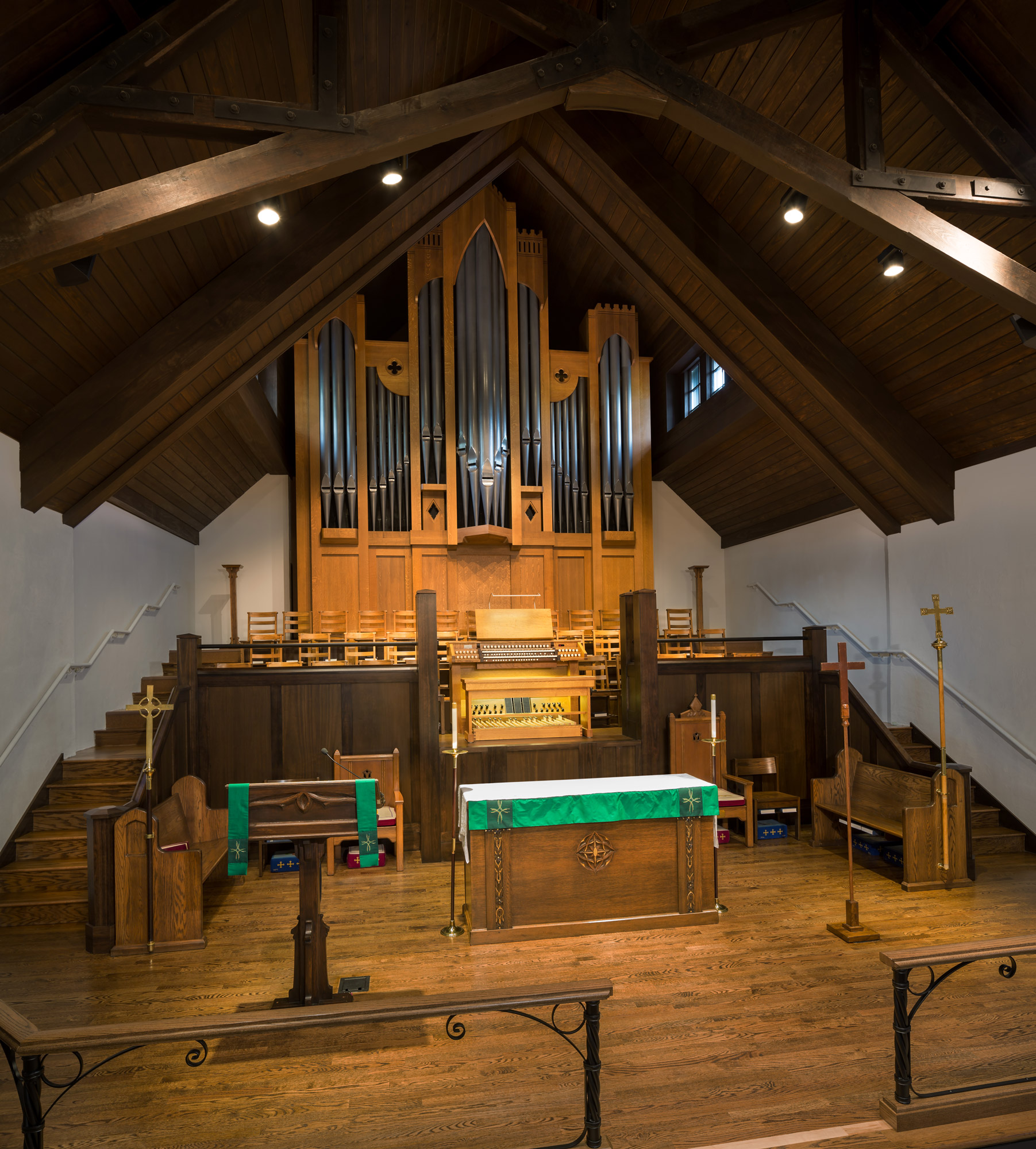