Lenoir-Rhyne University began in 1891 as Highland Academy when four Lutheran pastors created a school where young people could receive an education based on religious principles and Christian values. Captain Walker W. Lenoir, a Wilkes County lawyer and judge, donated the property for the college in his will. Four months after its opening, the school was chartered under the name of Lenoir College in his memory. After a devastating fire in 1927, Daniel E. Rhyne, a local businessman, stepped forward with a significant gift toward the rebuilding. In 1928 the college became Lenoir-Rhyne in his honor and in that same year was admitted into the Southern Association of Colleges and Secondary Schools. In 2008 Lenoir-Rhyne became a University.

The handsome quartered oak case of Opus 144, with its burnished tin Prestant 16′ façade pipes, rises majestically at the front of the University’s beautiful new Grace Chapel, elegantly framing the Rose Window just above.  It is presently a two-manual instrument comprising 13 independent voices, 15 stops, and 1,052 pipes.  The supportive acoustics of the Chapel enable the organ to fill its various liturgical and concert roles effectively, even with a limited number of stops. Opus 144 was dedicated on Sunday October 12, 2014 with a recital by Dr. Faythe Freese, Professor of Organ at the University of Alabama School of Music.

Opus 144 was cleverly designed for completion in phases.  Preparations for future expansion allow for the addition of a third manual playing an enclosed Choir division and for the enlargement of the specification to a total of 40 stops and 36 independent voices.  This tiered completion schedule offers the University flexibility in meeting the varied goals of its “University Rising” expansion campaign. 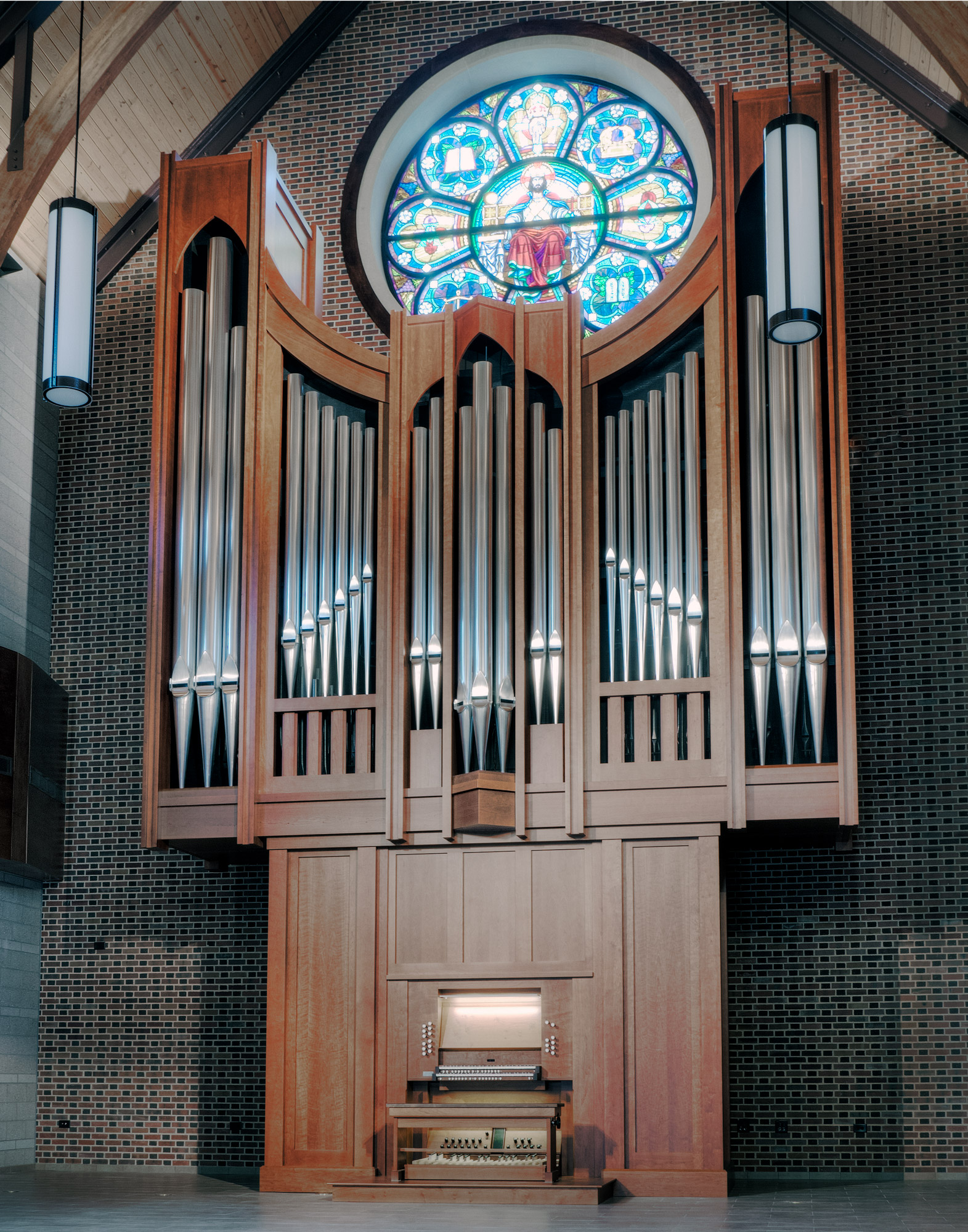 This organ is designed such that it can be expanded in the future. When fully completed, the instrument will have 3 manuals, 40 stops with 36 independent voices.