Rikkyo University was founded in 1874 by American missionary Bishop Channing Moore Williams. In 1896 he founded a secondary school now known as “Rikkyo Niiza High School”. Rikkyo University maintains close ties with the Episcopal Church, the Church of England, and the worldwide Anglican Communion. St. Paul’s Chapel on the Niiza campus was designed by Czech architect Antonin Raymond, who was strongly influenced by Frank Lloyd Wright in the use of concrete for the structure and interior design of buildings. The Chapel, constructed in 1963, is open to secular events and concerts in addition to worship services.

Opus 141, in a newly-built balcony above the main entrance of the chapel, is a two manual and pedal instrument of 24 stops and 1,786 pipes. With a tonal design based on French antecedents from the 18th through 20th centuries, the organ authentically plays a wide range of French organ music from François Couperin to César Franck and Louis Vierne. Its versatile specification also allows it to excel at leading hymn singing and accompanying choral repertoire in the daily services held at St. Paul’s Chapel. 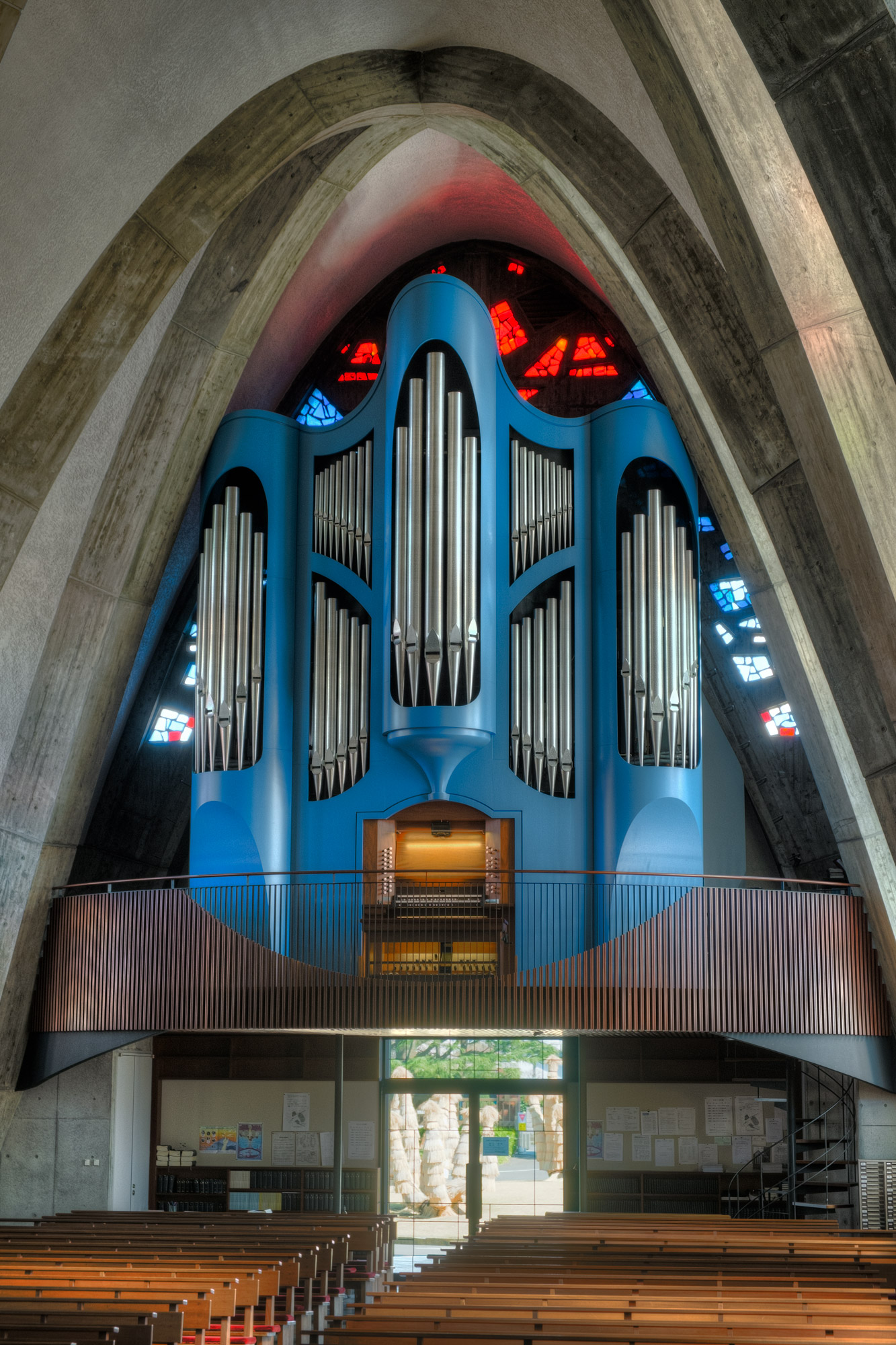