When initial discussions about the possibility of a new organ in The Memorial Church began in 2005, we were presented with a complex set of challenges and opportunities: Harvard represents the pinnacle of scholarly achievement, and The Memorial Church and the late Reverend Peter Gomes are a model for religious and social conscience in an academic community. Our founder, Charles Fisk, grew up in Cambridge and was a Harvard Alumnus. In 1967, his young firm built Opus 46, a large four-manual organ in Appleton Chapel in front of the grand Palladian window. It was not the location that he preferred. Caring for this instrument over the intervening years had given us an appreciation for why he wanted the instrument in the rear gallery, and a clear understanding of the splendor and limitations of the acoustical environment of The Memorial Church.

The decision to build the new organ in the gallery and locate the choir there, and to install a separate instrument in the original chambers of Appleton Chapel, frees both organs from compromise.

The tonal design of Opus 139 is an eclectic choice of historically based voices that authentically reflect the best examples of French, German, and English organ sound from the last four centuries. With the Swell and the Positive divisions under expression, a plethora of colors at eight-foot pitch, including the powerful Tuba mirabilis, are available at all dynamic levels.

The visual design of the new organ was created within an architectural scale model, ensuring harmony with the Georgian Revival interior. The dark oak case, carvings, and gilded front pipes are all concepts developed in consultation with Reverend Gomes and resident musicians. The organ’s position in the gallery, the arrangement of its divisions, and the decisions made throughout the voicing process all flow from intimate understanding of the Church’s acoustical properties and enable the organ to fulfill its roles in choral accompaniment, solo recital and teaching.

Opus 139 was created as a tribute to Charles Fisk and Reverend Gomes, whose friendship and guidance we value so highly. We commend this organ to the present and future students and faculty of Harvard University as a memorial to these two sagacious men who cared so deeply about this church.

Opus 46 will have a distinguished second chapter in a new building with fine acoustics: Redeemer Presbyterian Church in Austin, Texas. There Charles Fisk’s landmark Opus 46 will continue to support worship and provide educational opportunities through the Church’s close ties with the University of Texas.

“To Hear the Music”, a documentary film about Charles Fisk, and the creation of Opus 139 was released in 2013.  www.tohearthemusic.com. 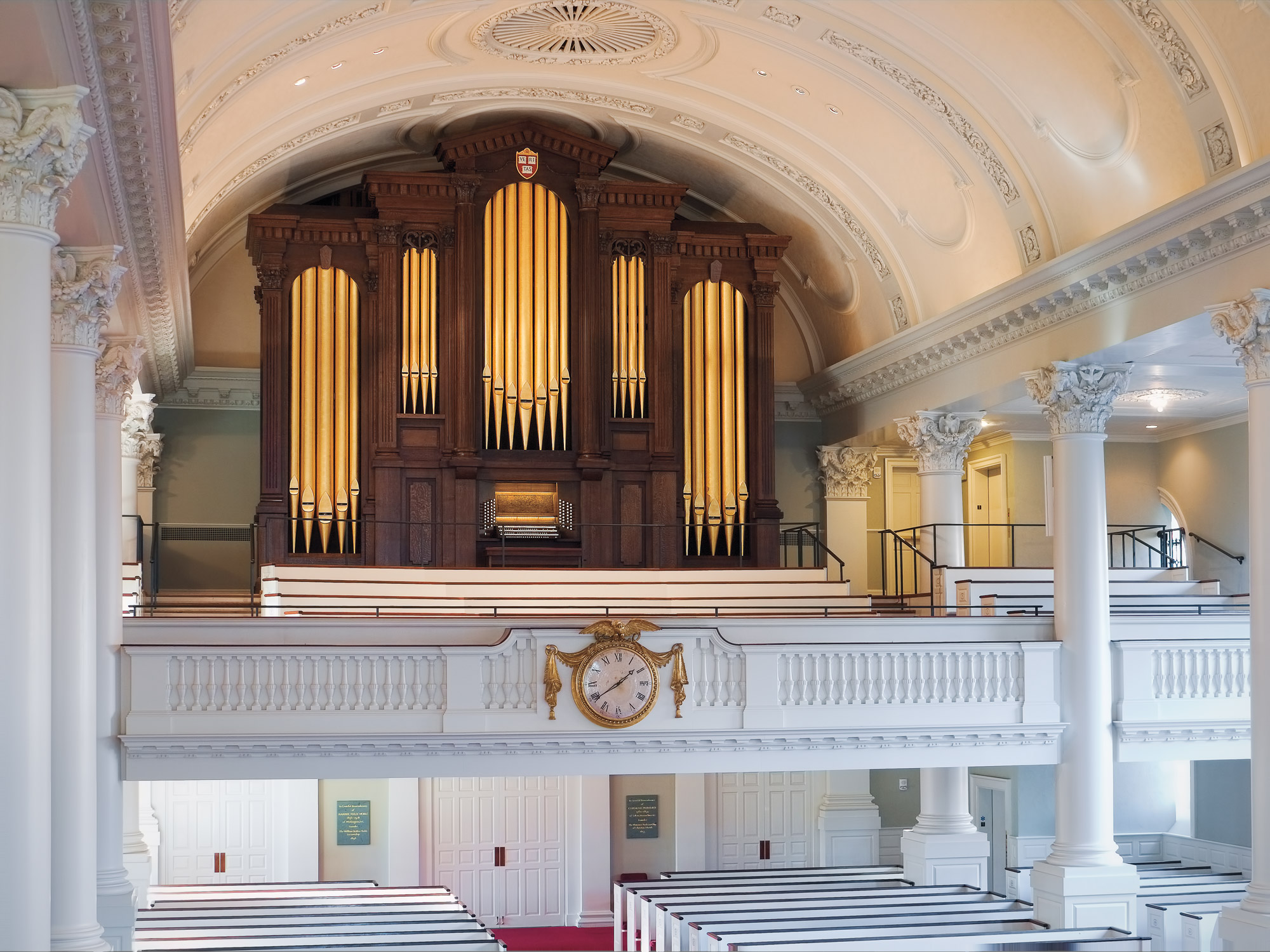 Swell to Great
Positive to Great
Swell to Positive