While our large concert and academic instruments may be better known, a great many of our organs are small and medium-sized instruments in liturgical settings. The tonal design of smaller instruments requires that every stop must be conceived with the greatest of care so that it may be effectively used for many different musical applications. Our first instrument in South Korea, completed in 2009, Opus 138 achieves the goal of capably playing the vast majority of organ literature from many centuries and traditions.  First Presbyterian Incheon has impressed many visitors with the boldness of the congregation’s singing; accompanying that singing was an important goal of the tonal design. Although it has just 24 independent voices, the organ features complete choruses on both manuals as well as five reeds, all different in character, which provide an amazing range of color possibilities.

The modern architecture of the sanctuary and the left side placement of the organ almost mandated an asymmetrical case design. The detailed 1:16 scale model of the room played a crucial role in developing a facade that was at home in the room, while drawing the eye toward the altar, not away from it. Digital photographs of the model at every stage made close collaboration with the organ committee possible even over the thousands of miles between the church and the workshop.

The 8 ½ ton instrument was carefully packed in a 40 foot sea container for the long voyage to Korea. Installation and voicing teams spent more than five months assuring that the organ fit the room visually and aurally while enjoying the extraordinary hospitality of the congregation. 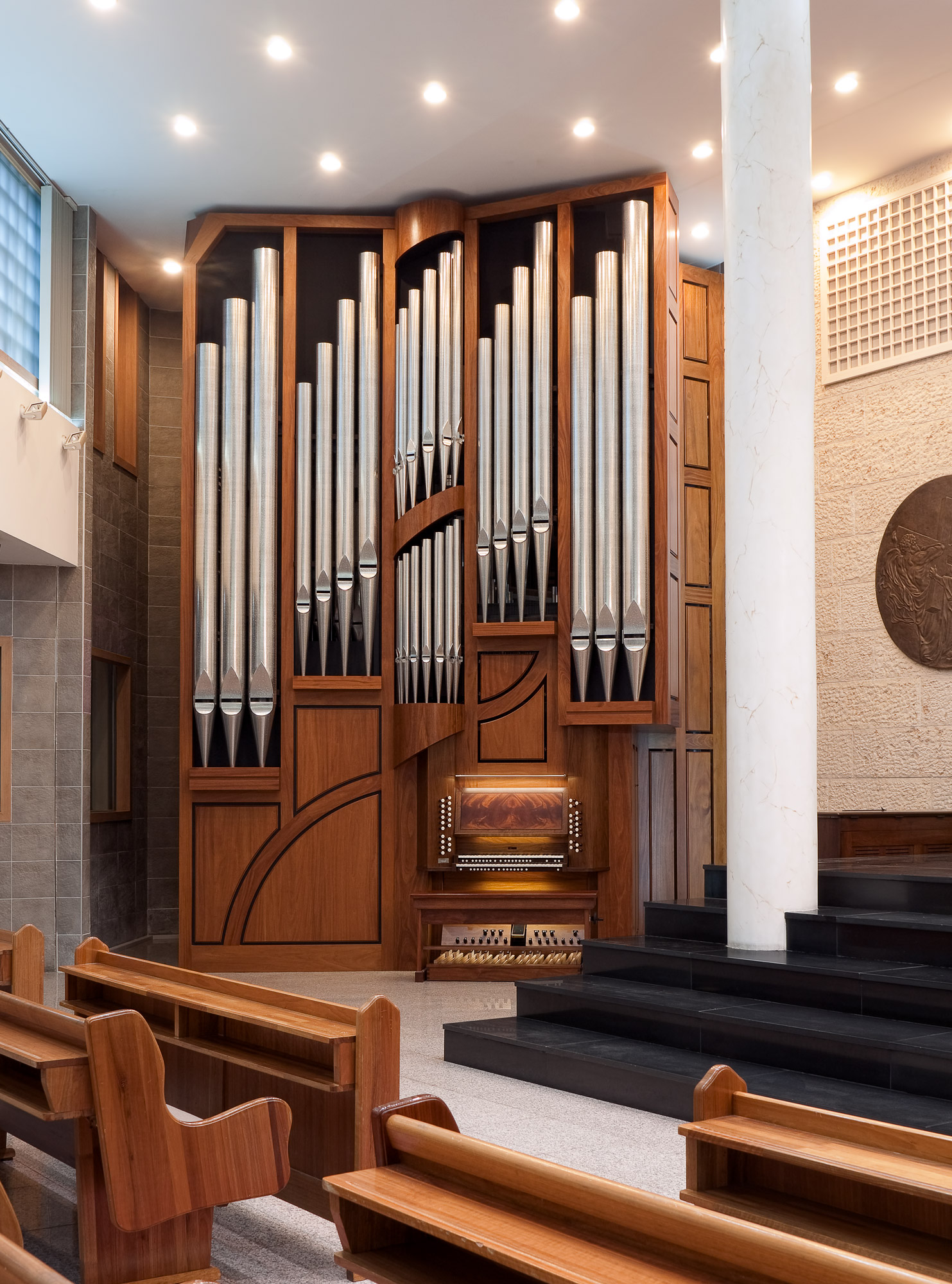