When the First Presbyterian Church of Santa Fe was founded in 1867 it was the only protestant church in the territory of New Mexico. The present church building, designed by architect John Gaw Meem in 1937, has been refurbished and restored. When the adjoining buildings were razed for new construction, the chancel and organ chamber were reconstructed to be acoustically supportive of voice and organ.

The visual design of the organ reflects close study of Meem’s work as well as research into the rich array of motifs and historical examples from the Southwest style he so strongly influenced. The painted case with its ornate central tower, complete with spiral turned posts, echoes details of the Spanish Missions. The inclusion of the 16′ Open Wood in the façade, a feature of many Fisk instruments, lends breadth and warmth to the composition.

The specification is the result of much careful thought and many conversations with Dr. Linda Raney, organist, and Dr. Larry Palmer of Southern Methodist University, who served as consultant to the church. The Swell, with stops inspired by the French master builder Aristide Cavaillé-Coll, is mounted above and behind the more Germanic Great. The inclusion of the Solo division dramatically widens the repertoire the organ can play with authority.

The organ was dedicated on October 12, 2008 with an inaugural concert by Dr. Palmer. 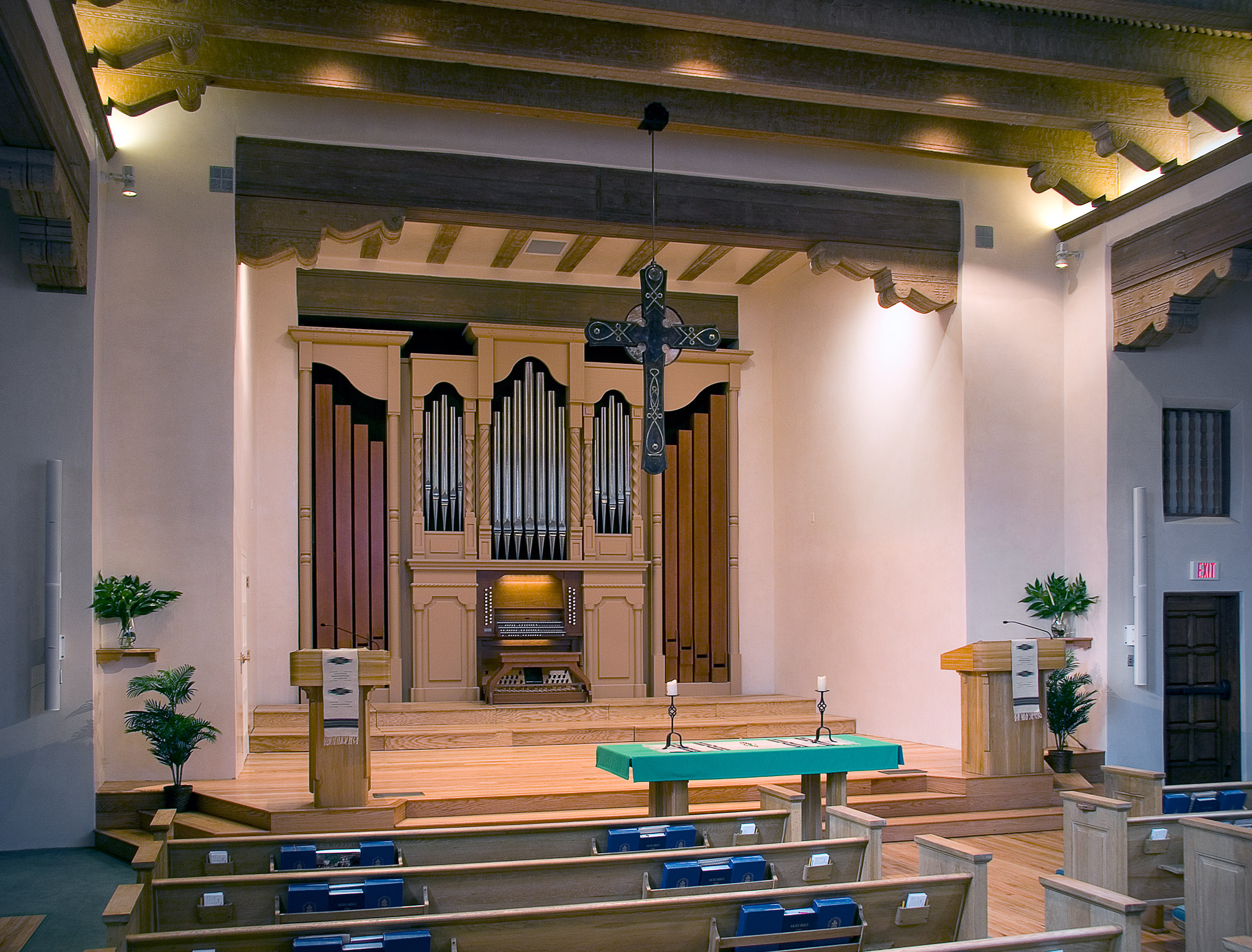