Kobe International University is a school of economics founded by the Yashiro Gakuin Educational Foundation, an arm of the Episcopal Church of Japan. In 2002 a new campus was built on the waterfront of Rokko Island, a large man-made tract in Osaka Bay. At the heart of the campus, designed by Toshiya Masuda of the Takenaka Corporation, stands All Saints’ Chapel, the spiritual center of the school.

Our shop, well known in Japan for our large concert hall organ at Minato Mirai Hall in Yokohama, was brought into the project when the chapel was still in its design stages. Our initial discussions revolved mostly around acoustics, which from the start were meant to support congregational singing and the sound of the organ.

Charles Nazarian’s design for Opus 132 reflects the architecture of this striking modern chapel. The mahogany case imitates the multiplicity of angles found throughout the chapel while visually anchoring the organ to the only surfaces at right angles – the floor and the rear wall. Accents of brushed aluminum in the case catch the light of the silvery windows that look out on the bay. The arrangement of the mouths of the hammered, polished front pipes evokes the image of a seagull, also found in our instrument at Yokohama. This element of the nautical world symbolizes the importance of the sea in our homeport, Gloucester, and in the homes of two of our organs in Japan, Yokohama and Kobe. 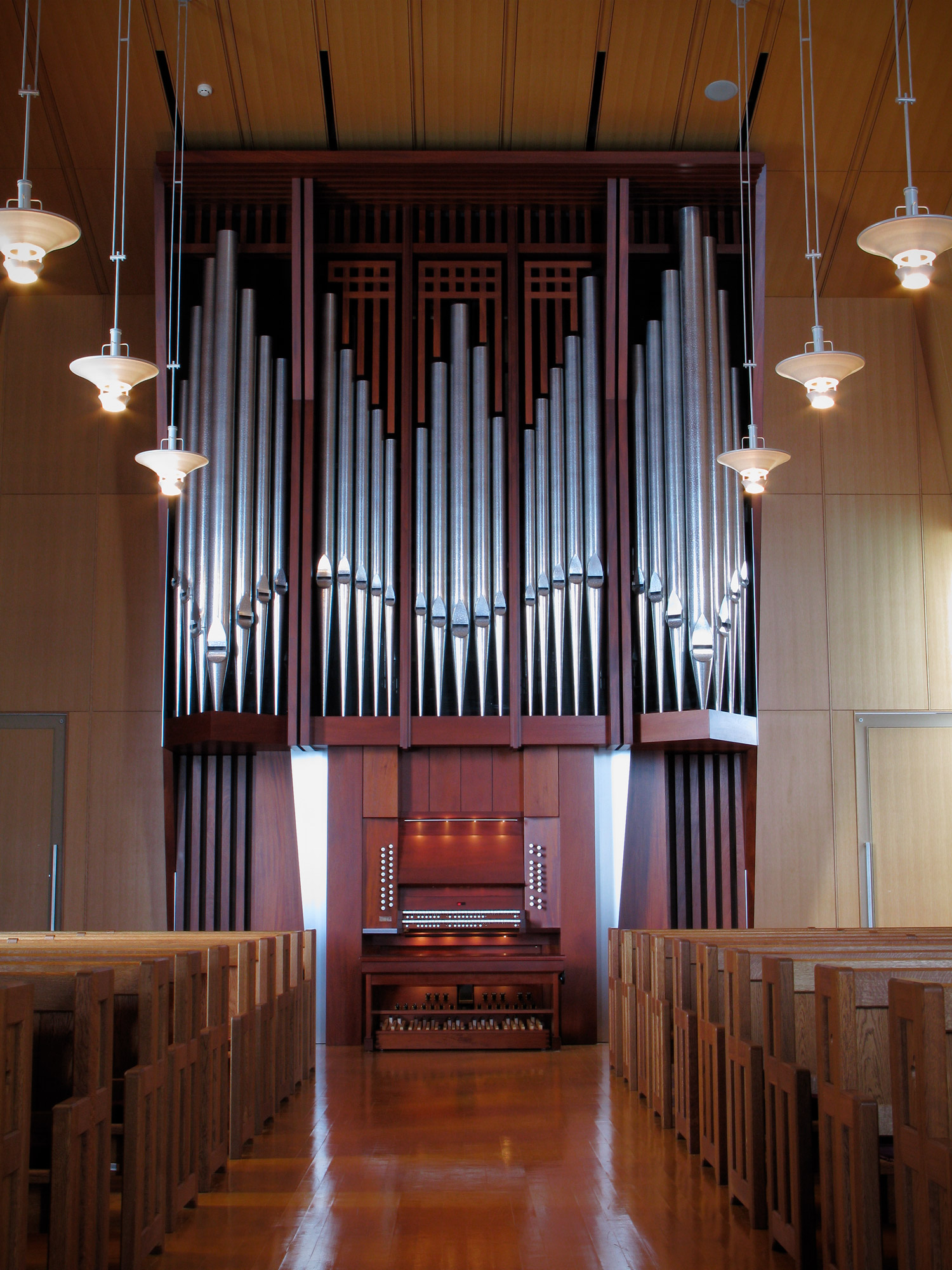