St. Paul’s Episcopal Church in Winston-Salem, North Carolina has a long history of quality instruments associated with its distinguished music program. When the main church was built in 1928, the parish commissioned a landmark four-manual E. M. Skinner organ. At the turn of the new millenium, as St. Paul’s began designs for a new chapel, the organ committee, led by consultant John Mueller, made a field trip to our shop in Massachusetts. Impressed by the workshop, the instruments we were working on, and the staff, St. Paul’s contracted us to build the Samson-Loetzer Memorial Organ in the new space.

To help decrease the construction and delivery time, it was agreed to make the project a collaborative effort between our workshop and Schreiner Pipe Organs, Ltd., of Schenectady, New York. The organ was originally conceived along the lines of Opus 107 in Dover, Massachusetts, with a console on the floor and pipework in the balcony. When the balcony was removed from the chapel plans, our work in the scale model of the building led to a freestanding design that reflected the chapel’s simple elegance. Opus 131’s case of quarter-sawn white oak stands more than twenty-seven feet in height and includes two manuals and seventeen stops.

The organ’s 8′ foundation stops surround the congregation with a warm, singing tone. The Great Prestant 8′ of hammered lead, en façade, is an especially vocal stop which encourages congregational singing. Gently voiced brighter stops and an effective swell box allow for maximum versatility when congregations are small. Opus 131 serves the congregation as a vehicle for musical excellence in liturgy and is a pleasing addition to its surroundings. 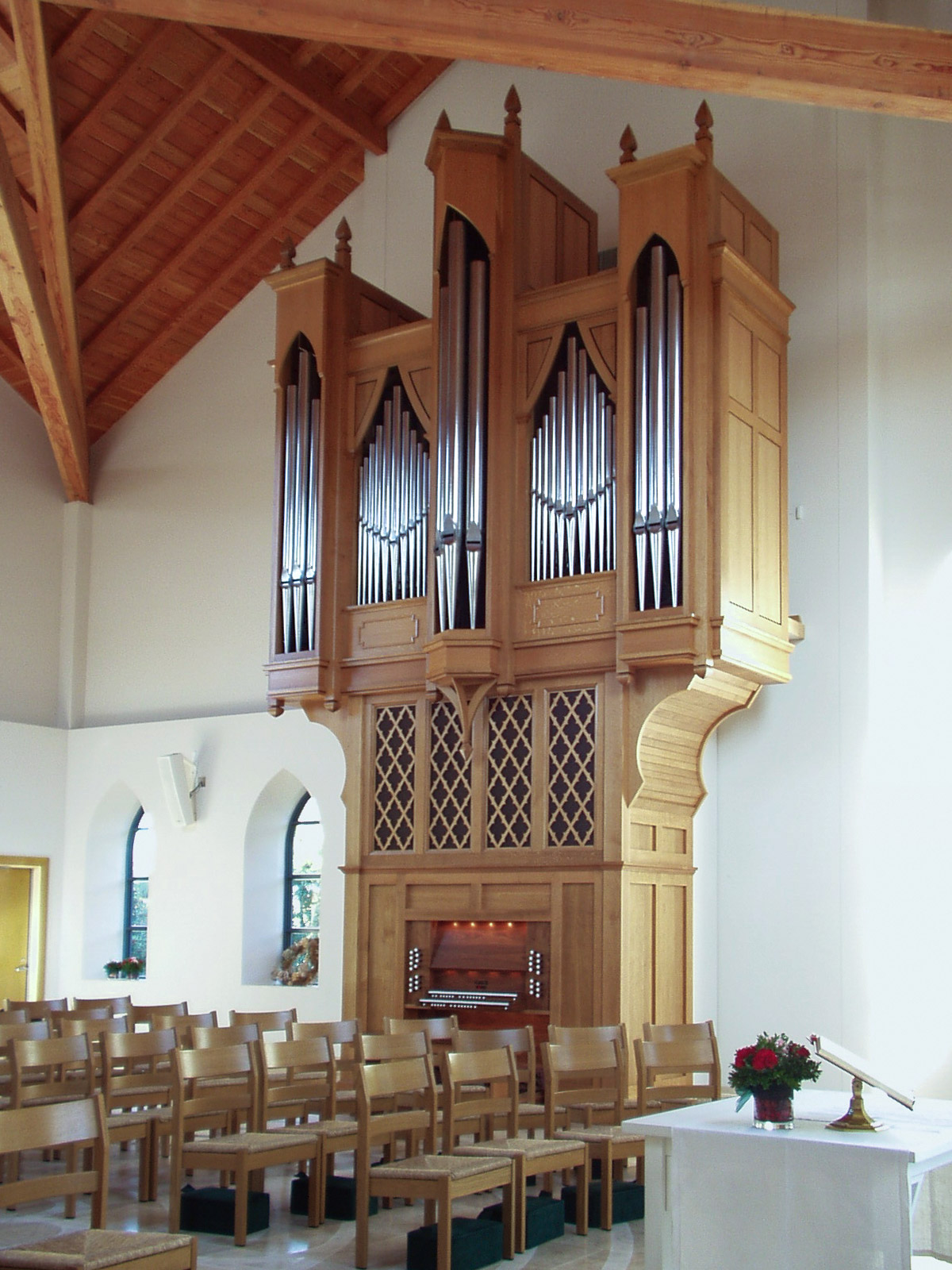