When Lexington Presbyterian Church burned to the ground in 2000, the congregation quickly began rebuilding it almost exactly as it had been. We were asked to make a proposal for an organ and a contract was signed the following year. Opus 128 was delivered in 2005, replacing a loaned instrument.

The handsome Doric portico and the elegantly spare Greek Revival interior of the church invited us to consider what sort of organ might have been sent to Lexington from New England in 1844 when the church was first built. A number of period instruments were studied for inspiration during the visual design, most notably those of Thomas Appleton, one of the finest Boston builders of the period. The resulting case, designed in a 3-D model of the church, is a new statement of these classical ideals and shares much with our organ designs at Richmond, Virginia and New Bern, North Carolina.

The specification reflects our conversations with Organist William McCorkle, and while the stoplist is eclectic in nature, it has a definite French bias, though perhaps not as much as its sister organ fifty miles to the south in Roanoke, Virginia. Meant primarily for choral and congregational accompaniment, the Lexington Presbyterian organ nonetheless possesses sufficient resources to convincingly play the large majority of the recital literature. 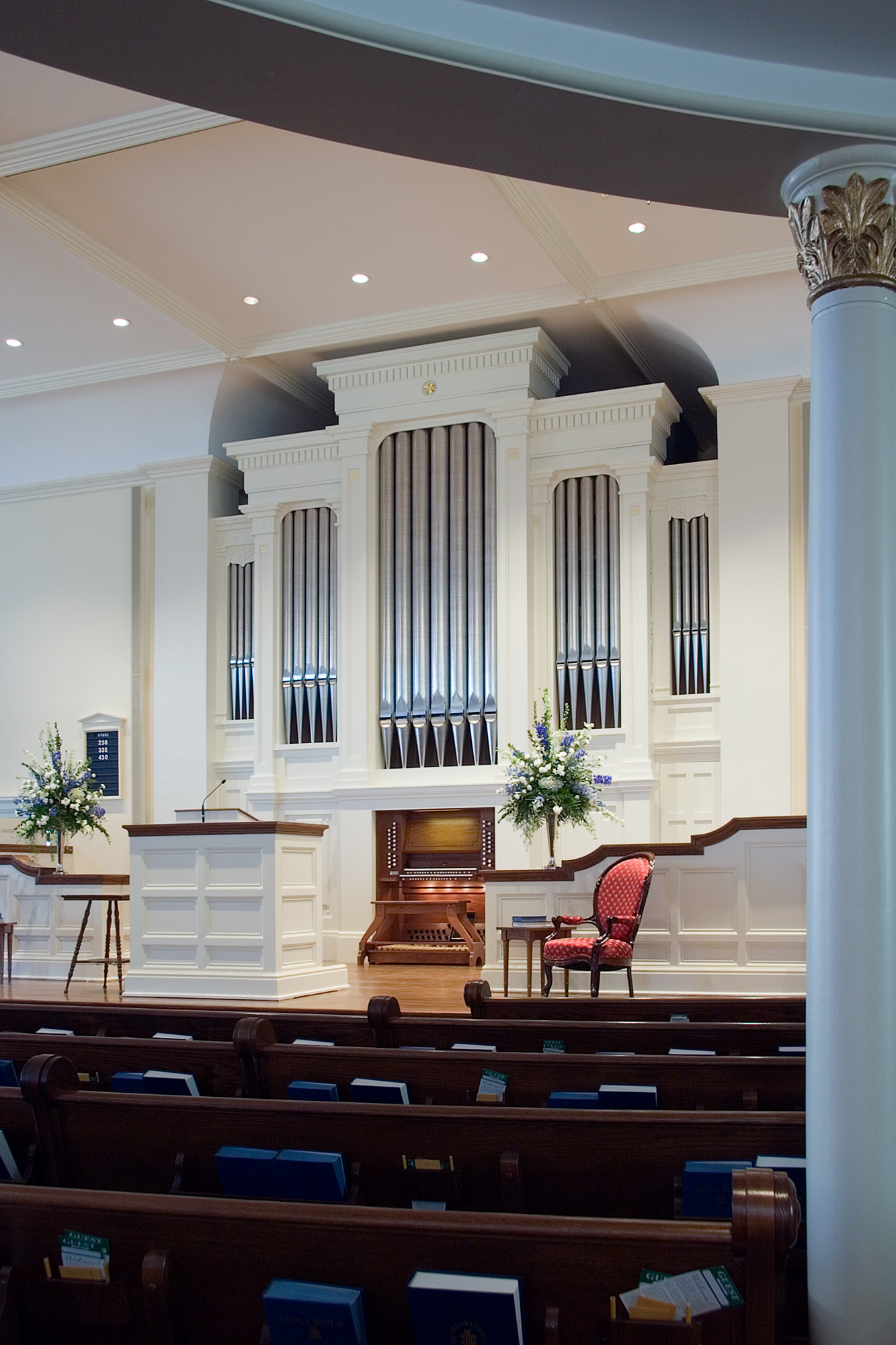