St. John’s set out a bold vision that included not only a new instrument to lead worship, but an architectural and acoustical renaissance that created a worship space of singular elegance, style, and sound.  Opus 127 was designed to provide the most versatile instrument possible for playing the wide variety of music in the Episcopal liturgy, the Anglican choral tradition, and the organ repertoire.

While preserving much of the fabric and feel of the 1881 Stick Gothic interior, a new balcony provided the optimum placement for the organ, expanded the space at the altar rail, and eased the “traffic” flow during Communion. Charles Fisk’s maxims, The most important stop on any organ is the room, and It’s much happier to build a smaller organ in a good room than a larger organ in a bad room, came into play when acoustical work was needed. The size of the organ was reduced by six stops in order to apply the resulting savings to acoustical alterations.  Thanks to the generosity of many supporters, all six of the deferred stops were re-added late in the construction process, and the organ was delivered as originally designed, to fit perfectly into the gallery and to beautifully reflect the architecture of St. John’s Church. 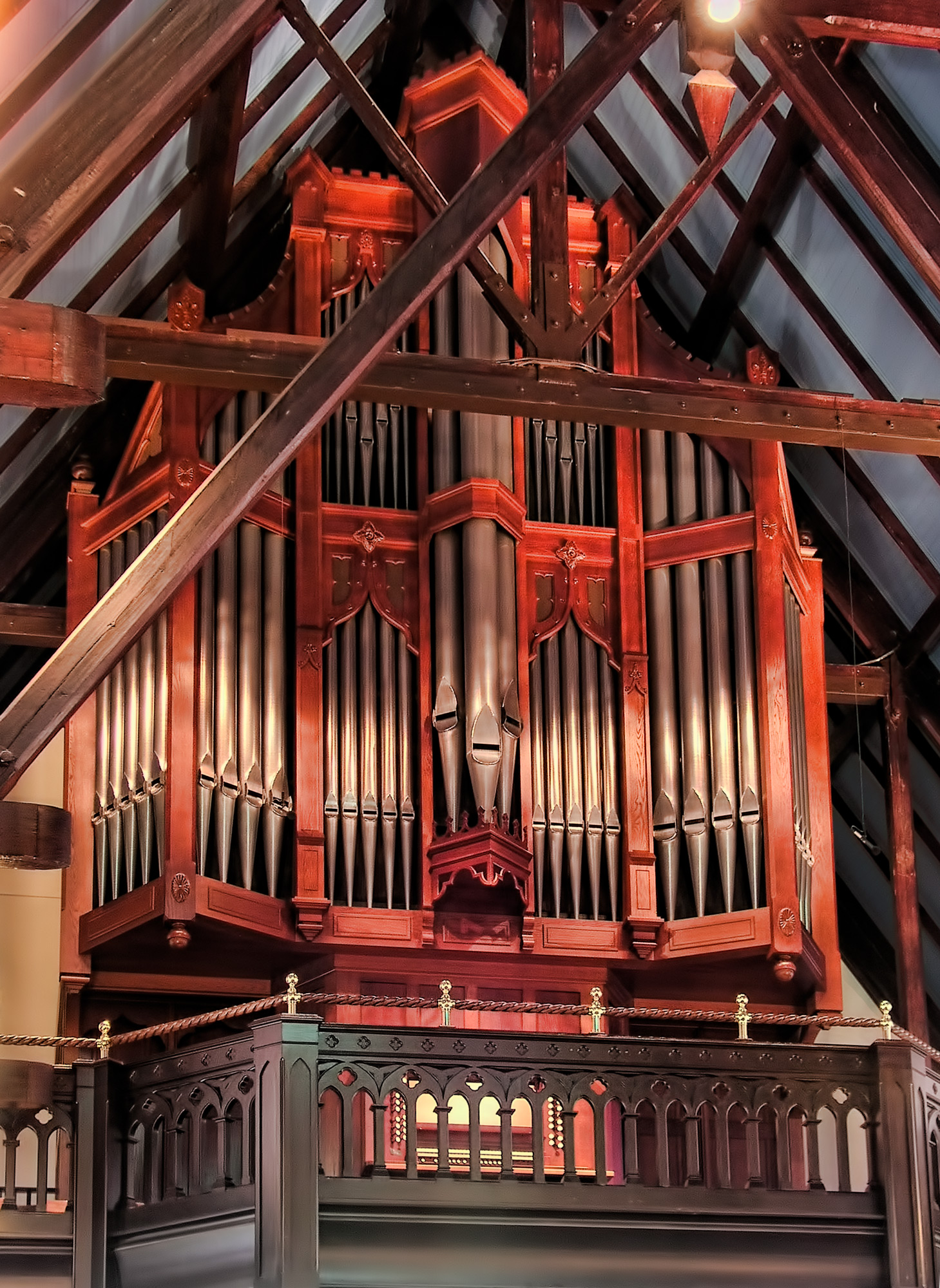