Housed in a mahogany case designed to harmonize with the architecture of the recently renovated church, Opus 124 is a two manual, thirty-two-stop instrument. The console, of lacquered cherry, features keyboards of grenadilla and bone, and stop knobs of French-polished walnut with hand-lettered labels.

The tonal design of Opus 124 evolved over a period of several years and was a result of close consultation with Director of Music and Organist Thomas Baugh.  A defining moment early in this evolution came in January 1999, when Mr. Baugh, Christ Church organists Elizabeth Gould and Michael Sitton, parishioners, and choir members journeyed to Richmond, where we were completing the voicing of Opus 112, our three-manual organ for St. James’s Episcopal Church. There, drawing only those stops that appeared in our two-manual proposal for Christ Church, the organists played pieces from the solo repertoire and led the small visiting congregation through the church year in hymns and service music.  Convinced that the sounds they heard would serve their needs, the Roanokers agreed to the proposed specification, and St. James’s served as a principal point of departure when we began tonal design in earnest, two years later.

Rooted in historic principles, Opus 124’s stoplist is a blend of elements representing several centuries of the most noteworthy schools of European organ building, in particular, the French romantic.  Pipe scalings, pipe metal alloys and surface treatments, pipe constructions, and voicing techniques all follow historic precedents. The manual divisions, voiced on 3″ water column, are winded from a single large wedge bellows to provide a unified breath for music requiring flexible wind; for repertoire requiring a steadier supply of wind, a hook-down pedal may be engaged to activate a system of wind stabilizers. The wind pressure to the Pedal division is 4″.  The key and stop actions are mechanical. 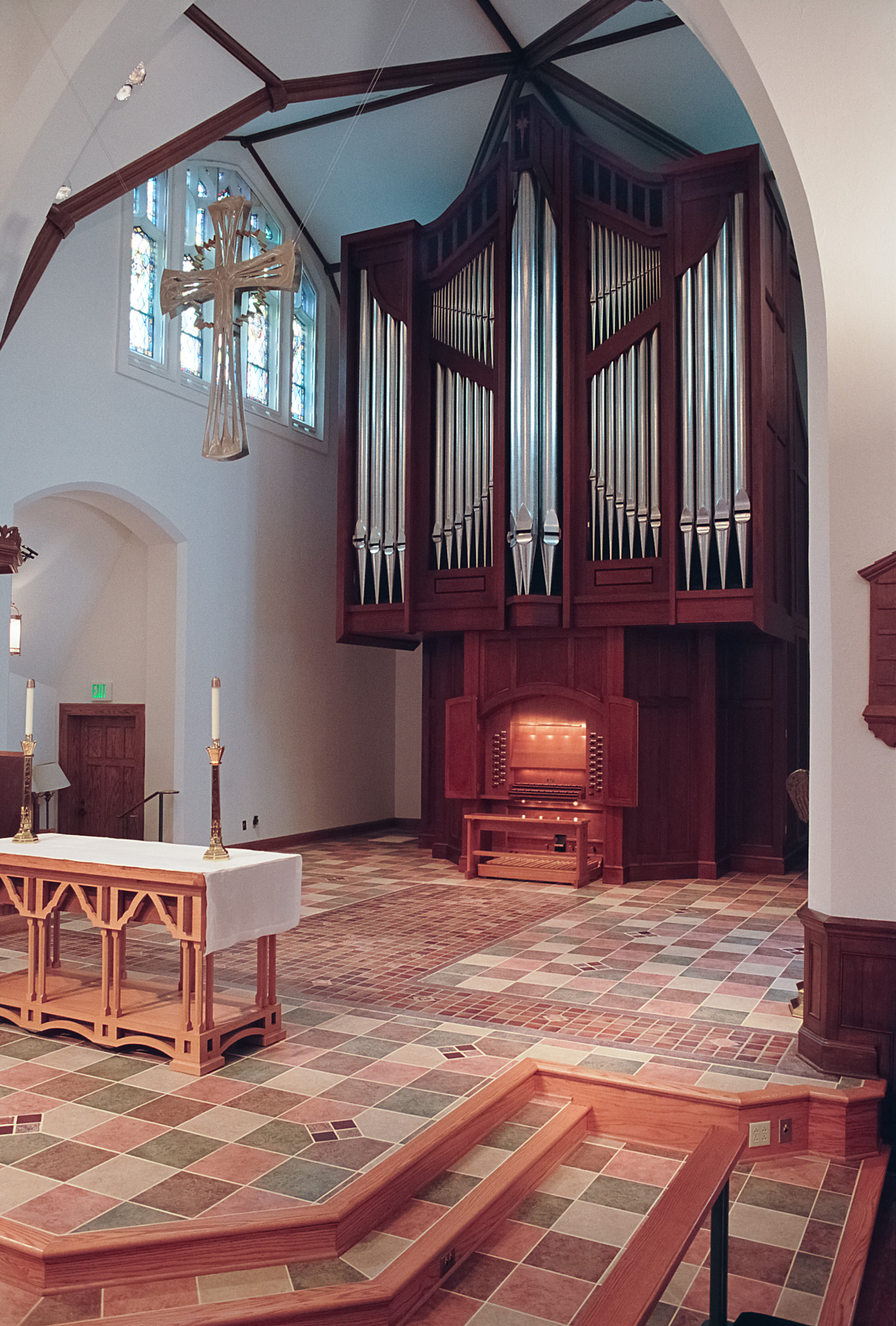