In the summer of 1998 Tom and the late Edna Hartness announced their intention to provide funding for an organ at the new Chapel in memory of Charles Daniel at Furman University.  Their generous gift became the three-manual, forty-two-stop instrument that stands there today.

Charles Boyd Tompkins, Professor of Music and University Organist at Furman, had begun conversations with us about a new instrument in 1993.  It was agreed from the outset that the instrument would need to serve a variety of roles: in liturgies for the chapel, in ensemble work with choirs and instrumentalists, and as a teaching and solo instrument.  The stoplist was developed in close consultation with Dr. Tompkins over the long planning process, and reflects these varied uses.

The advantageous placement on the main axis of the building in the front of the chapel enables the organ to engage the room both acoustically and visually.  The acoustics are delightful, and the instrument can be heard clearly at the console as well as at the very back of the room. The architecture, a pleasant mix of southern classic Georgian and post modern styles, provides a wonderful context for the organ’s mahogany casework and burnished tin façade pipes, the largest of which are from the Prestant 16′. 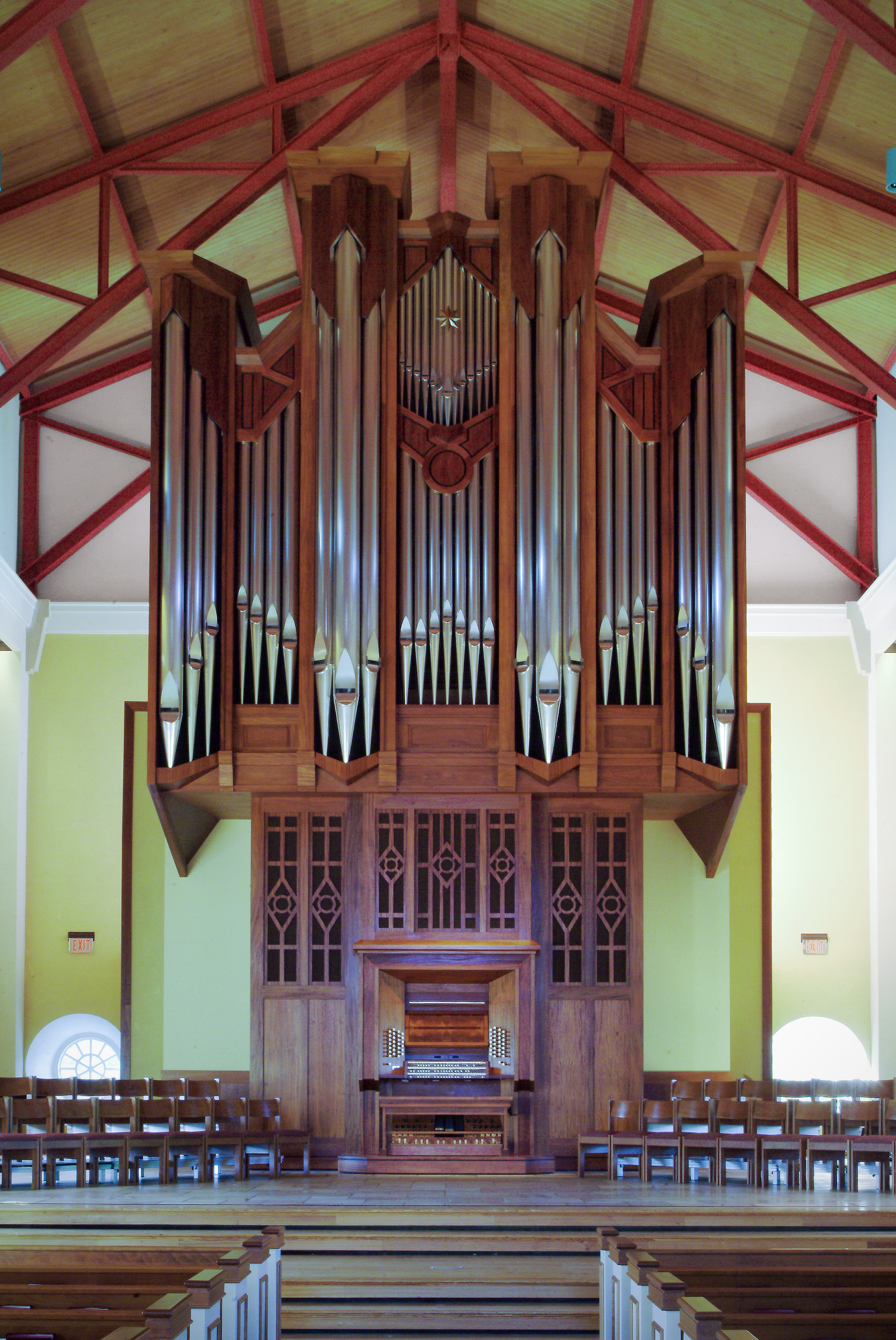