In 1993 Lausanne Cathedral organist Jean-Christophe Geiser was on a tour of a number of concert venues in America. He played our Meyerson Symphony Center organ in Dallas and then came to Boston to visit our instruments at King’s Chapel, Old West Church, and Harvard University’s Memorial Church.  It was this experience in Texas and Massachusetts that led him to include C. B. Fisk as the only American entrant on the short list of companies invited to submit proposals when a competition was held in 1998 to replace the aging organ in the 2,000 seat, 13th-century cathedral.

Our innovative and eclectic design won the competition and construction of the project began in 2001. In the liner notes to Jean-Christophe Geiser’s recording L’orgue á 4 visages, Wolfram Adolph writes: “To perform a wide range of repertoire in concerts and in the protestant services in the cathedral, the new organ contains four different musical style options in one great cathedral organ: the French classic style of Francois-Henri Cliquot, north German sounds of the polyphonic Hanseatic aesthetics of the 17th and 18th centuries, typical French symphonic colors after Aristide Cavaillé-Coll (1811-1899) and German romantic stops in the style of Friedrich Ladegast.”

Opus 120 is the first American pipe organ in a European cathedral.  The five-manual, one hundred-nine stop organ includes 7,313 pipes. Our first task was to arrange all the pipes to allow them to speak directly into the incredible acoustics of the cavernous nave. It was quickly evident that a huge cantilever would be necessary, and a massive steel framework was engineered to support the suspended towers containing a majority of the manual divisions. Opus 120 is by far our workshop’s magnum opus.  The project included not only our own thirty-five organbuilders and our American subcontractors, but also Swiss architects, Italian designers, Canadian woodworkers, British computer experts, and German pipemakers.

In late November 2002 nearly fifty tons of components for Opus 120 were carefully packed into five forty-foot ocean containers.  They traveled from Gloucester to Montreal by air ride semi-trailer, by ship to Rotterdam, by barge up the Rhine to Basel, and finally by truck to Lausanne. After more than 48,000 hours of work in the Fisk shop and 12,000 hours on site in Switzerland, the organ was dedicated at the beginning of December 2003, in concert with the Chamber Orchestra of Lausanne and Jean-Christophe Geiser as organist.

To celebrate the tenth anniversary of Opus 120, the long-awaited Fernwerk division (“Far Away”, or “Echo” division) was installed in the fall of 2013.  Employing new pipework as well as pipes from a 100-year-old Kuhn instrument, the Fernwerk was placed high up in the North Transept of the Cathedral and can be played from either of the main organ’s two consoles via fiber-optic cable. 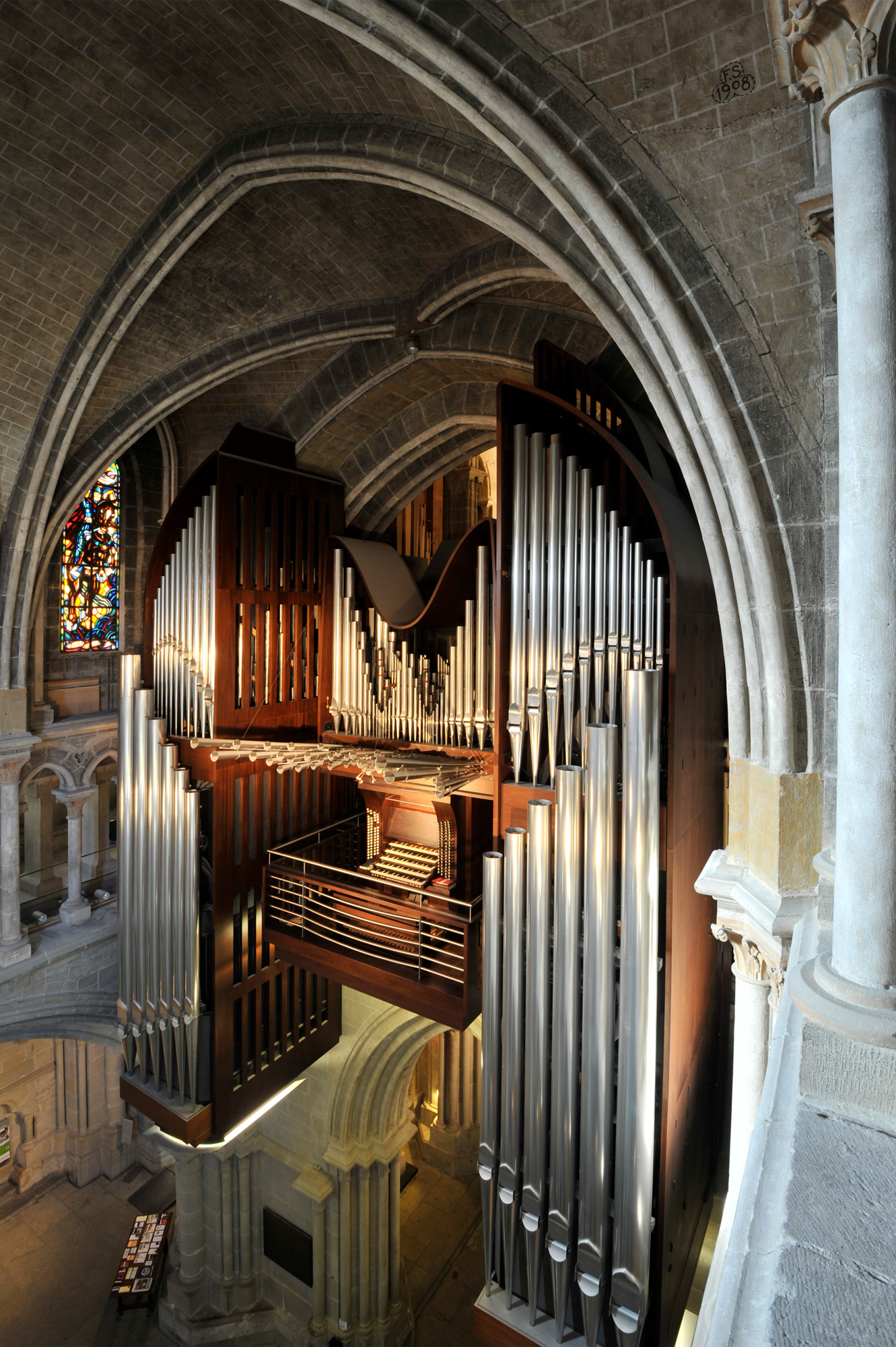