The year 2000 marked the 175th anniversary of the founding of Christ Church, a milestone that was also the culmination of years of work in the renovation of this historic Episcopal parish and the dedication of its new two-manual, thirty-stop organ.

The visual design of Opus 115 was developed in consultation with Jelks, McLees and Boggs, Architects, of Macon. An exact scale model of Christ Church was built in order that the organ’s visual appearance harmonize with the Gothic Revival character of the building. Considerable research was done on historical organ designs appropriate for the newly renovated church.

In the early 1990s when the organ and renovation committee began its work, a memorial plaque was removed from the wall of the church exposing the beautiful stenciling beneath. This revelation led to a decision to return the church to the glory of its 1905 appearance with a complete repainting, wood graining and stenciling. After extensive correspondence with the Committee, the decision was made to house the organ in a case reminiscent of the work of E. & G.G. Hook, the pre-eminent American builders of the 19th century. The Hook brothers, of Salem, Massachusetts, had installed an organ at Christ Church in 1845.

The tonal design evolved over several years in consultation with Fletcher Anderson and former organist Richard Nelson, and is the result of much thoughtful discussion with regard to the requirements of the Episcopal liturgy and the solo organ literature. The eclectic stoplist is a unique, historically informed blending of stops representing many of the great eras and schools of organ building in Germany, France, England, and America. While rooted firmly in historic principles, the organ is a modern-day fusion of diverse elements, offering a fresh and innovative tonal profile. 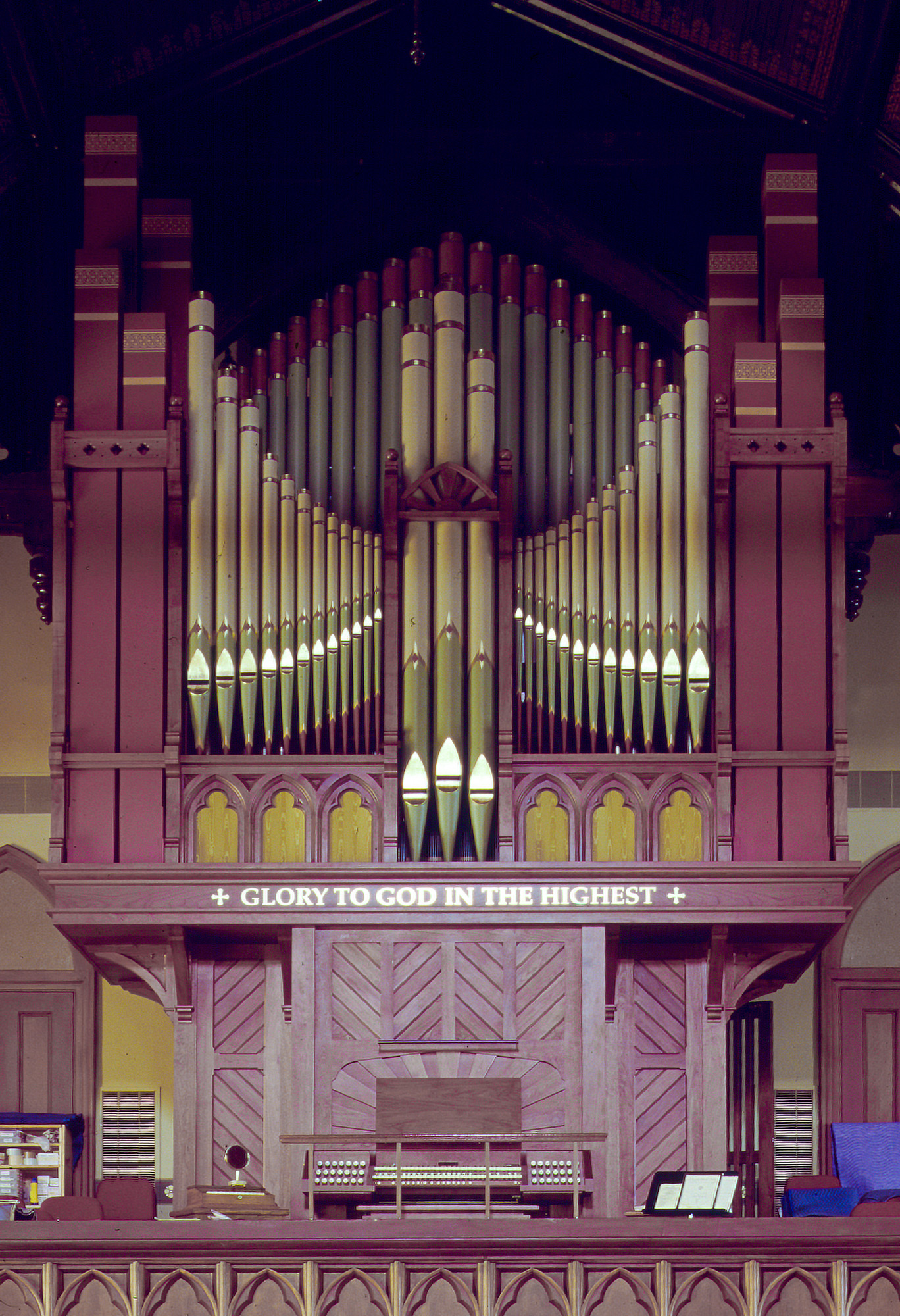