In the wake of a devastating fire following a lightning strike in 1994, St. James’s embarked upon a careful reconstruction of their 1839 building. It was indeed a privilege to work in a room with the distinguished beauty of the restored St. James’s.  We were fortunate to be included in early design discussions with architects Fred Cox and Sarah Grier and with acoustician David Klepper. The extra height of the new barrel-vaulted ceiling and the creation of additional space in the tower made room for the largest pipes, while leaving ample space for choir in the balcony.

The three manual, sixty-one stop, twenty ton instrument is housed in an elegant painted Greek Revival case designed by Charles Nazarian. Situated in the rear gallery of the church, it stands twenty-eight feet high, twenty-five feet wide, and contains 3,677 pipes. The mahogany console, en amphithéâtre, is based on the best examples of 19th century French builder Aristide Cavaillé-Coll and places the complete resources of the instrument easily within arm’s reach. The electric stop action includes solid-state combination action with 128 levels of memory.

The specification reflects the many roles a modern American church organ must play: leading congregational song, accompanying choral music, and playing over four hundred years of organ repertoire. The tonal design evolved in consultation with Dr. Robert Anderson, and the resulting eclectic stoplist is a unique, historically informed blending of stops representing many of the great eras and schools of organ building in Germany, France, England, and America. If there is a strong nod in the direction of Cavaillé-Coll, it is because in his work one finds the diversity, integrity, and expressiveness of tone most becoming to the liturgy of the Episcopal Church. Both the Swell and Positive divisions are under expression, and their pipes are arranged from back to front in the 19th century French style. 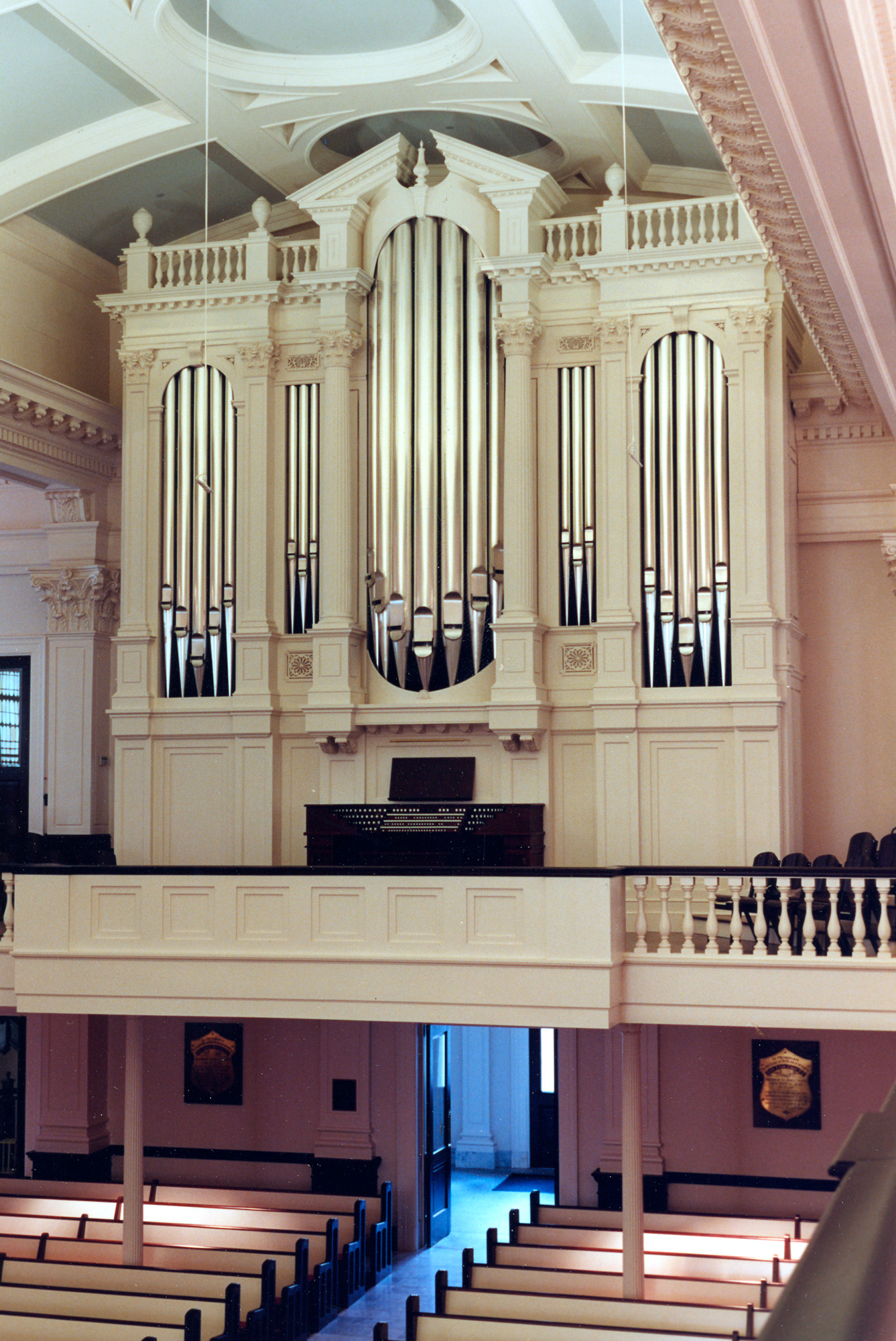