The Mildred Andrews Boggess Memorial Organ is named in memory of the esteemed University of Oklahoma organ professor who for thirty-eight years dedicated her life to her students.  A bequest from her estate provided the initial funds for this instrument.

One enters the Catlett Music Center through the cathedral-like Gothic Hall, so named because of its soaring proportions and complex steel and brick structure. This airy, spacious entrance to the adjoining Paul Sharp Concert Hall has superbly resonant acoustics very agreeable to the organ. The organ sits prominently on the second floor gallery and speaks into the length of Gothic Hall.

C. B. Fisk was chosen to build the organ by Dr. Clark Kelly, Professor of Organ at the university at that time. Opus 111’s eclectic specification was developed to cover the wide range of the organ literature. This three-manual and pedal organ of thirty-three stops has direct mechanical key-action with electric stop action and 128 levels of combination memory. The casework is of quartered white oak with mahogany accents that echo the steel truss work of the hall. Hammered spotted metal façade pipes gleam with color as the afternoon sun sweeps over the instrument.

An active concert series features notable performers from throughout the United States, Europe and Asia. 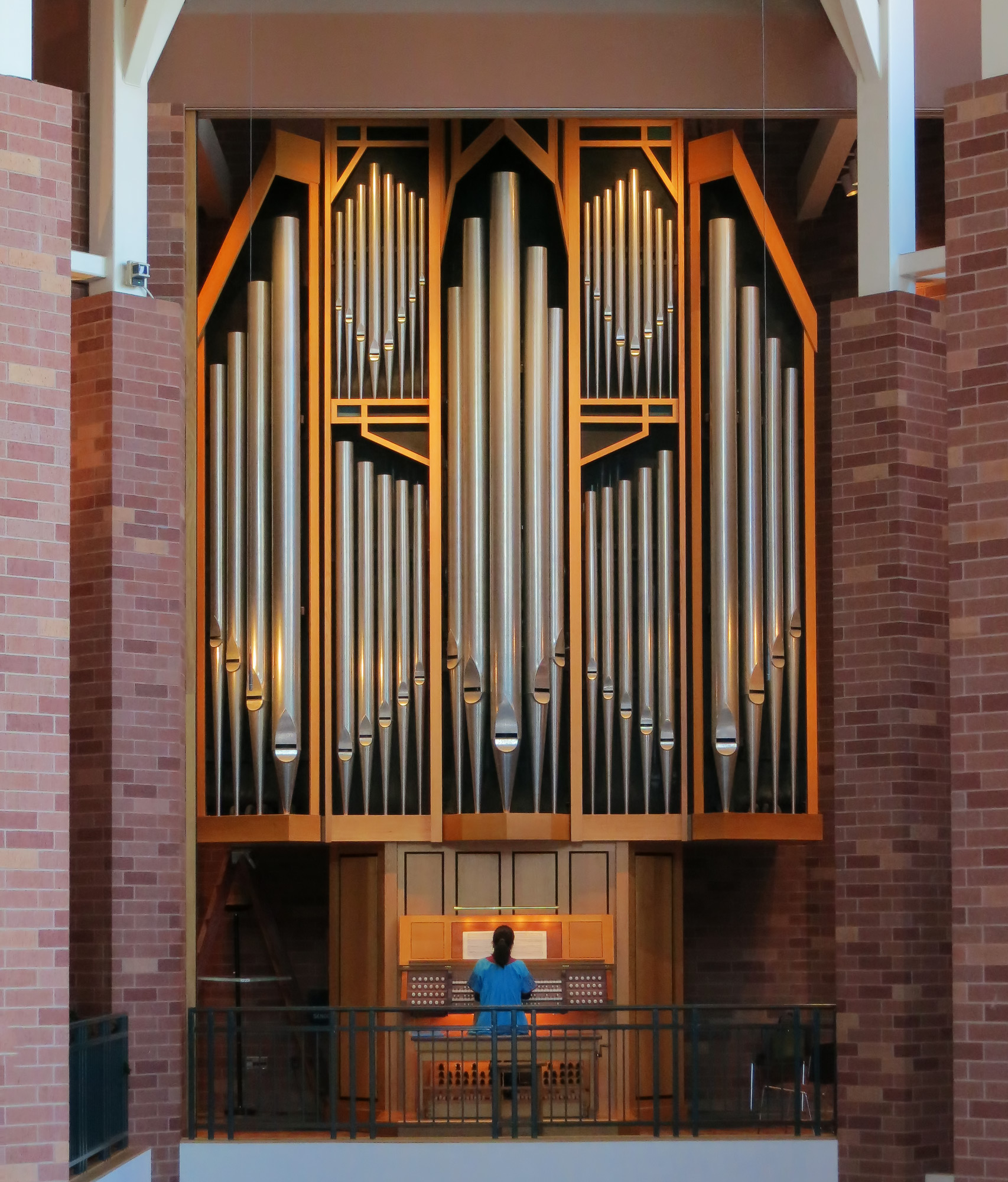