Planning for Opus 110 began in January of 1993 when a delegation came to our workshop after visiting Opus 100 at the Meyerson Symphony Center in Dallas. This group, headed by Takushi Nakamura, represented T.R.Y. 90, a consortium of twenty-three companies building an eleven-acre waterfront complex that would include two concert halls in the historic port of Yokohama. With encouragement from Yuko Hayashi, Chair of the organ department at the New England Conservatory, we submitted proposals that led to the final specification and design of our first overseas instrument.

Charles Nazarian’s case design suggests a seascape inspired by Japanese themes. Strong forms bracketing the central sections of the mahogany case recall ancient temple architecture with curved roof lines and bold entrance gates. The curve of the Pedal towers reflects the shape of a sail, a motif found elsewhere in the complex, and echoed in the upper case. The motif of the sea and seagulls, found throughout Yokohama and reminiscent of Japanese woodblock prints, is suggested by the gull wing shape of the pipe mouths and by Morgan Faulds Pike’s three hand-carved oak panels.

The specification of Opus 110 provides the tonal colors for the gamut of organ literature and the necessary timbres and power to balance that of a full symphony orchestra. The organ offers a core of stops to perform the works of J.S. Bach and his German contemporaries, as well as the music of the roughly concurrent French classical period. The Cavaillé-Coll inspired Swell division contains the necessary stops to play the multihued, expressive music of the French Romantic era. A division of English Tubas adds a profound body of sound, enabling the organ to hold its own with a symphony orchestra in full cry.

Special features of Opus 110 include the French Romantic Bombarde division, voiced to spectacular effect, but under expression to control its power; a smooth-toned, high-pressure Clarinet in the Tuba division that authoritatively complements the clarinet of the orchestra; and an orchestral Celesta that is played mechanically from the Positive keyboard.

The organ was completed in the spring of 1998 for the public opening of Minato Mirai Hall on 5 June. The late French organist Jean Boyer played the first of a series of inaugural recitals, followed by Mary Preston and Hatsumi Miura.  Minato Mirai Hall and Opus 110, affectionately known as “Lucy,” have become icons of the cultural community of Yokohama. The exceedingly popular monthly mid-day “Dollar Concerts,” begun during the inaugural year of the organ, continue to this day, with thousands regularly in attendance. 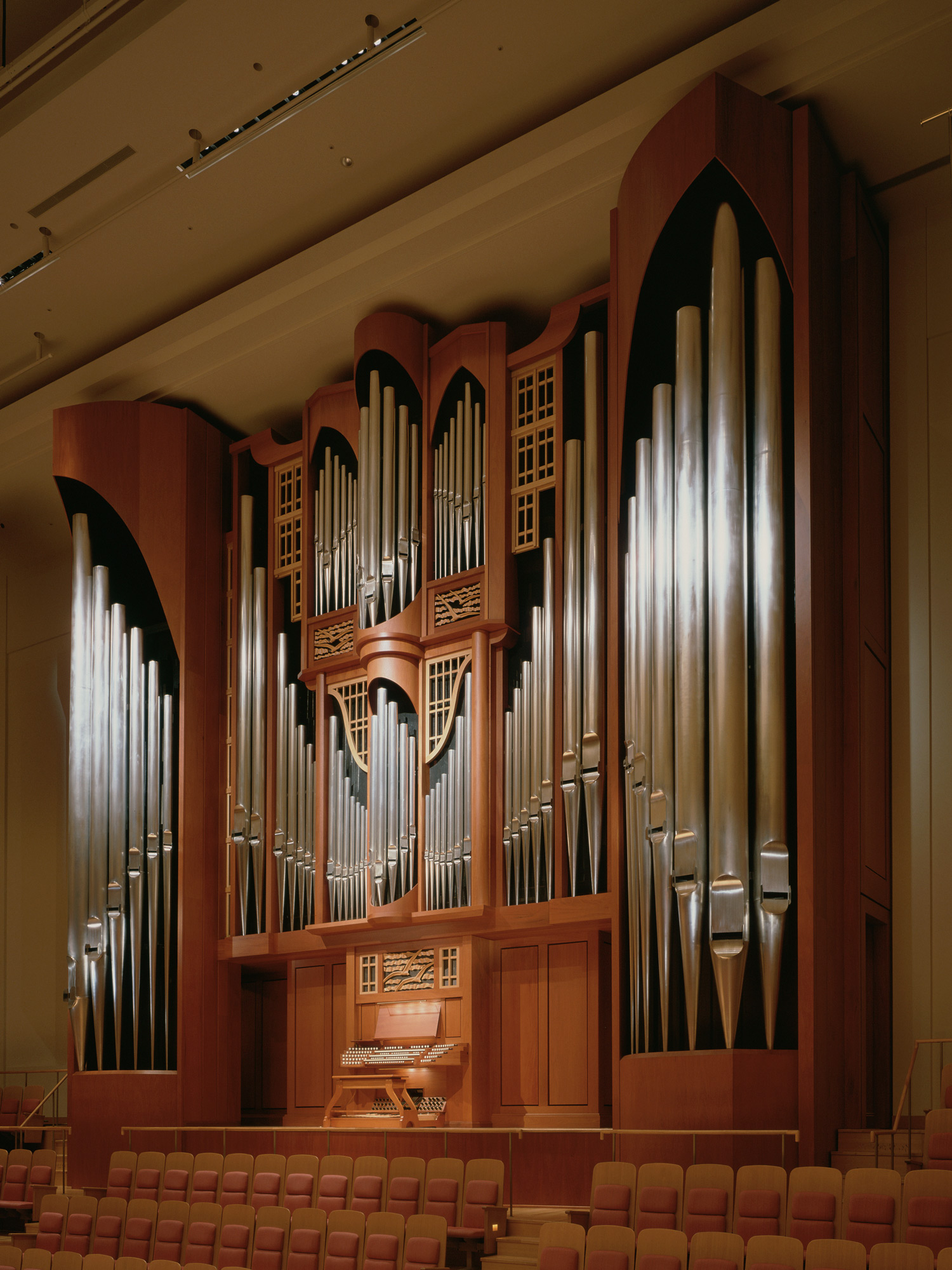