From its earliest conception, the concert organ for Rice University was intended to have a unique identity and voice, capable of playing four centuries of organ literature with authenticity.  A collaboration between C.B. Fisk, Inc. and Rosales Organ Builders of Los Angeles, the organ is, in the words of the late Dr. Clyde Holloway, Professor of Organ at the Shepherd School, “a late 20th century expression of the most enduring tonal and mechanical principles evidenced throughout the long history of the pipe organ.” After extensive research and discussion, French organbuilding practices of the 18th, 19th, and 20th centuries provide the direction for the instrument’s tonal and mechanical design.

The organ case of Honduras mahogany, inspired by French Classical examples, features dramatic towers, the tallest of which rise to a height of over fifty feet. The case incorporates an attached three-manual and pedal console with ebony and cocobolo draw knobs arranged en amphithéâtre, a configuration that puts control of the stops within easy reach of the performer. Pipes are of burnished tin, hammered tin, scraped tin, spotted metal, hammered lead, poplar, pine, basswood, and cherry.  The largest pipe in the façade is FF of the Pédale Montre 32′.

The instrument was built entirely in our Gloucester workshop during 1995 and was delivered to the Shepherd School on 15 January 1996.  Finish voicing began six weeks later and was accomplished by Fisk voicers and Manuel Rosales during the twelve months ending in March 1997.  Inaugural recitals, performed by Professor Holloway, took place in April and May of that year and were followed by a symposium in June, which featured guest artists Philippe Lefebvre, Daniel Roth, Lynne Davis, and Suzanne Chaisemartin. 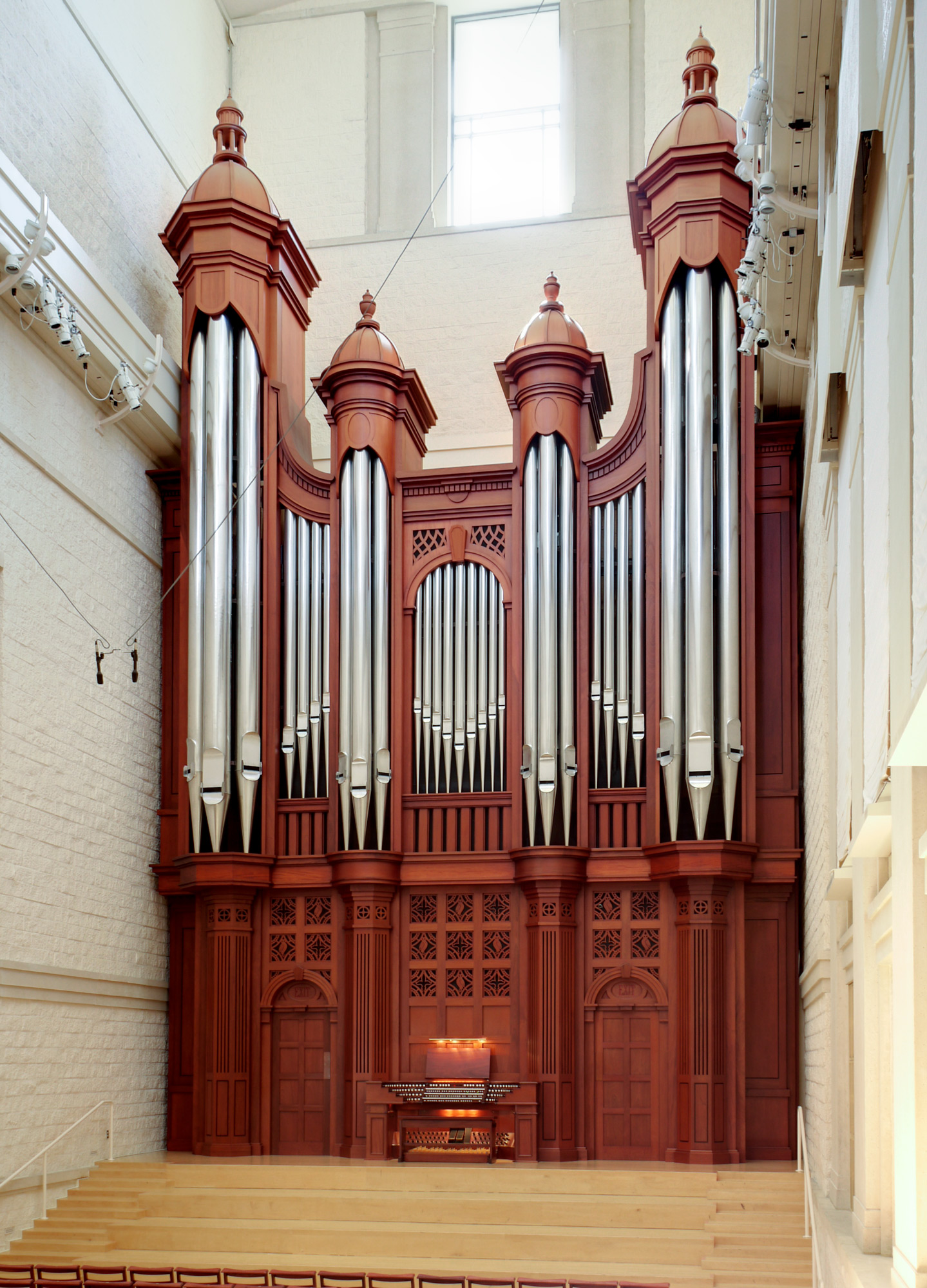