The visual design for Opus 103 was developed to harmonize with the architecture of  Ralph Adams Cram’s first church commission. The organ design was created within a scale model, which allowed the designers to view the case from all angles, including the tower entrance. The organ speaks down the length of the nave from a new gallery drawn by architect William Buckingham, a member of the parish. The sculptural quality and decoration of the quarter-sawn white oak organ reflects, but does not compete with, the lavish carvings in the chancel and in the exquisite Lady Chapel.

A singular feature is the rear façade rank, facing the great tower window. The Tower Diapason supports the singing of those seated in the tower and provides an echo effect for the listeners in the nave. Instruments facing two sides are not uncommon in England, Italy and Spain; the unique architectural setting at All Saints’ provides the ideal opportunity to achieve this arrangement in America. 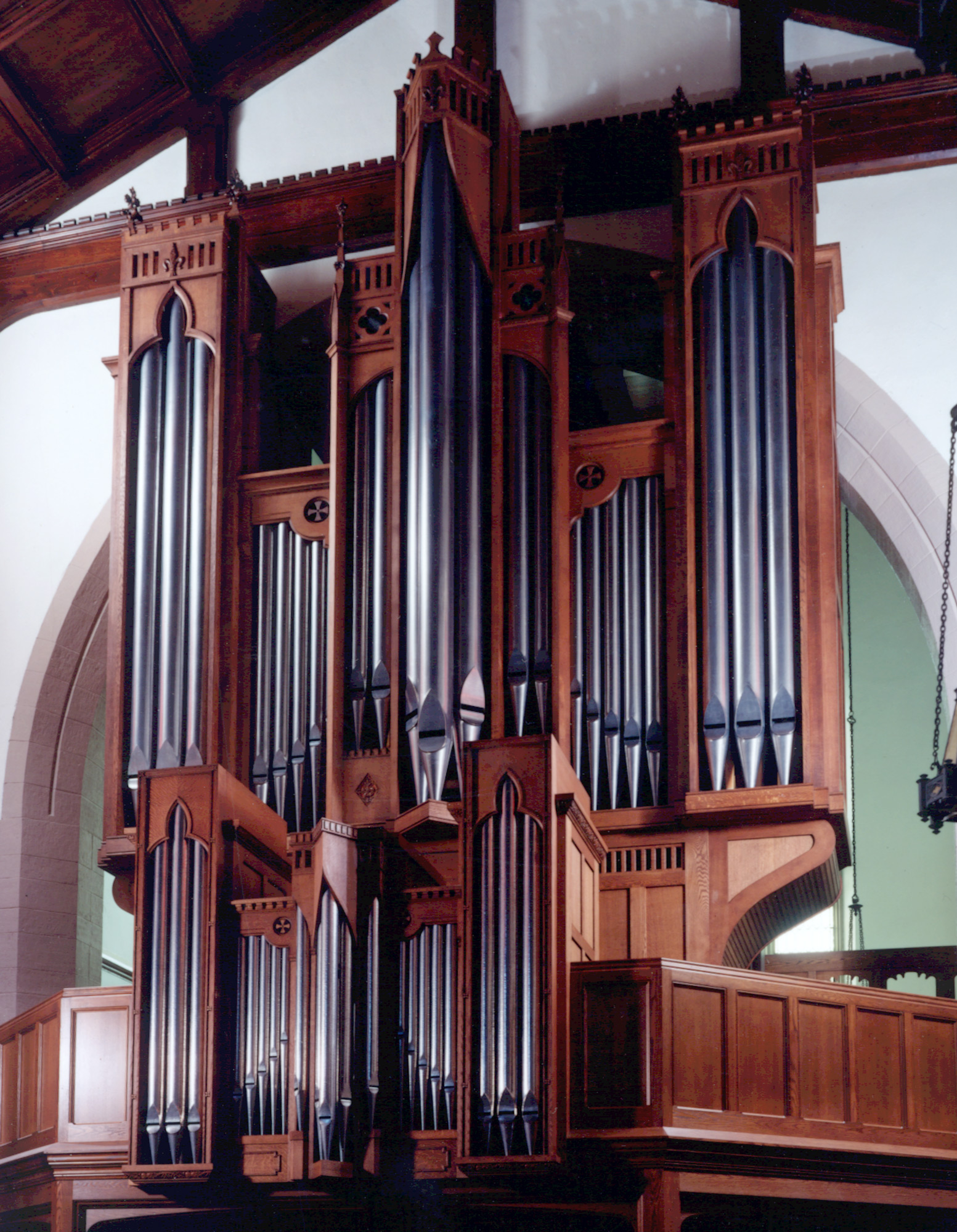