The visual and mechanical design of the organ began in early 1992 with a scale model of the front of the chapel. Windchests were laid out to determine the physical size of the instrument and model pipes made for the Great Prestant 16′. We began to arrange these and other elements in the space to create an organ that retains its own identity, yet harmonizes with the Ionic detailing of Burton Wilder’s 1954 building.

With the aid of Charles McLarty of Grenville Architecture of Charlotte, and as part of a comprehensive acoustical enlivening of the building, the former organ enclosure was opened up and lined with a massive, sound-reflective wall. Guided by historical examples, the pipes of the Prestant 16′ were arranged in a series of towers and arches that take their shape from the natural logarithmic progression of pipe lengths.

The eclectic stoplist for this two-manual and pedal instrument of twenty-four stops  is a blend of the most useful stops of the German, French, English, and American schools of organ building. The Great, based on the 18th century German Hauptwerks of Arp Schnitger, has at its core the Plenum, or Great Chorus, consisting of the Prestant 16′, Principal 8′, Octave 4′, Fifteenth 2′, and Mixture, to which either the Spireflute 8′ or Trommeten 8′ may be added when more fundamental is required.  The Pedal division’s Trombone 16′, modeled after the work of Gottfreid Silbermann, adds color and fundamental tone.  The Swell contains voices typical of French organs from the 19th century and offers a second manual chorus, more brightly voiced, to contrast with the Great.  The Geigen 8′, Voix céleste 8′, and both Swell reeds are modeled on stops of Aristide Cavaillé-Coll. 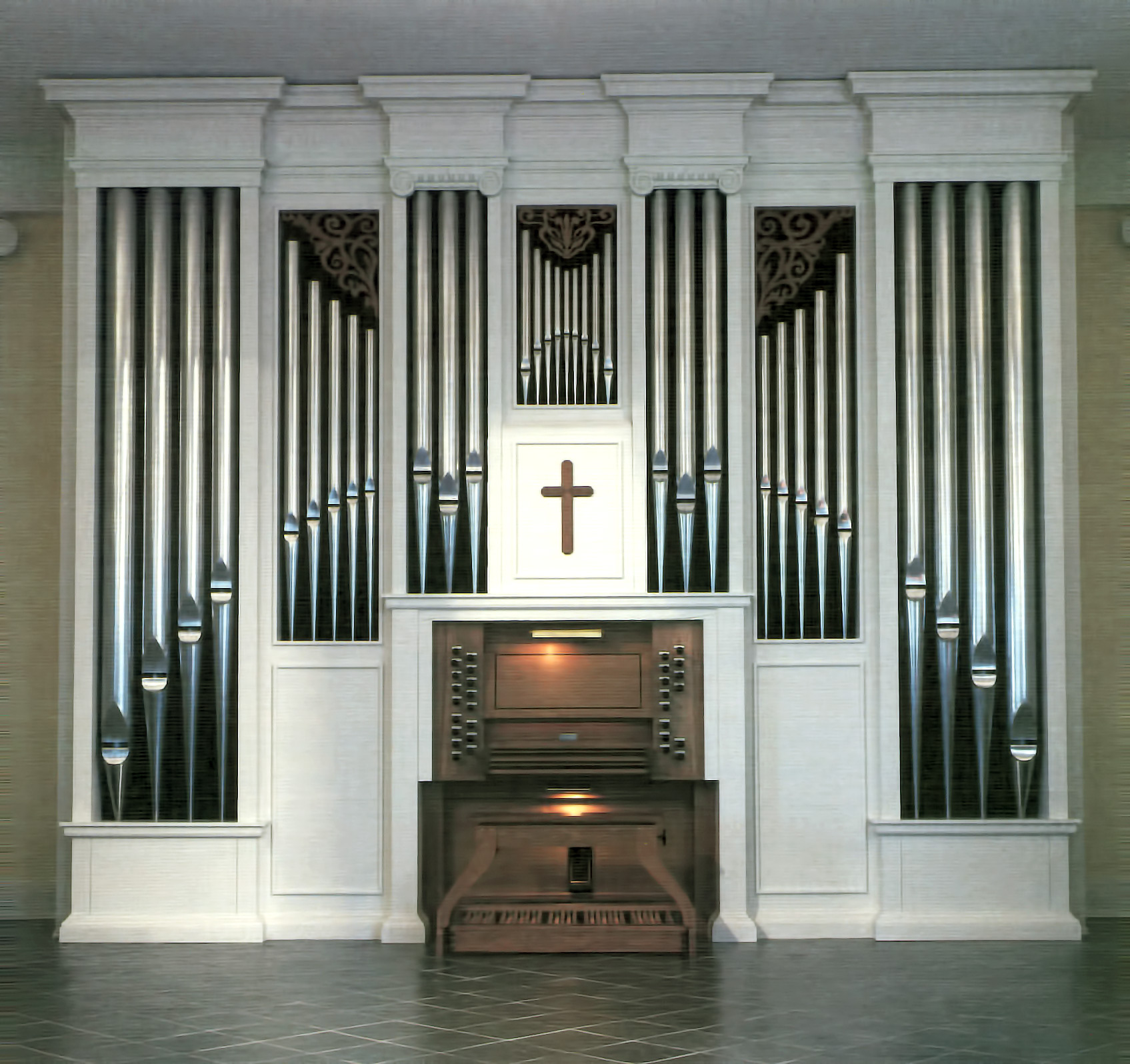 + Alternating stops have 2 knobs, one in the Great and the other in the Pedal and may not be used simultaneously. They may be drawn on the Great and with the Great to Pedal Coupler, they will sound in both places.
Manual keyboards CC-a3, 58 notes
Pedal (flat & parallel) CC-f1, 30 notes