Internationally recognized as one of the leading centers of organ instruction in America, the Oberlin Conservatory of Music is the home of an impressive collection of organs. At the heart of that collection is Opus 116, a three-manual, sixty-stop organ of seventy-eight ranks. An instrument of great power and subtlety, Opus 116 was designed to bring to life the music of the French romantic composers.

The work of French master organbuilder Aristide Cavaillé-Coll, especially his late symphonic organs such as those in the cathedrals of Rouen and Toulouse, served as a tonal point of departure at Oberlin. The organ’s three manual divisions each contain 8′ foundation stops (the fonds d’huit), batteries of reeds, and mutations necessary for the authoritative performance of French romantic and modern organ literature.  The independent pedal division provides the gravitas necessary for this repertoire with three 32′ voices and powerful reeds.

The Grand Orgue division is designed after Cavaillé-Coll with separate wind boxes and pallets for the reeds and flues. A mechanical ventil pedal controls the activation of the reeds for this division. The key action of the organ is direct mechanical. A Kowalyshyn Servopneumatic Lever assists the Grand Orgue, and all divisions coupled to it. Opus 116 can be controlled in two operational modes: français or American. In American mode the stop action is controlled by pistons with a modern solid-state multiple memory level capture system with sequencer. In mode français the pistons are disabled and the French system of pédales de combinaison controls flues, reeds, and couplers.

The first solo recital during the organ’s inaugural year in 2001 was played by Daniel Roth, organist titulaire of the Cavaillé-Coll organ at the church of St. Sulpice in Paris. 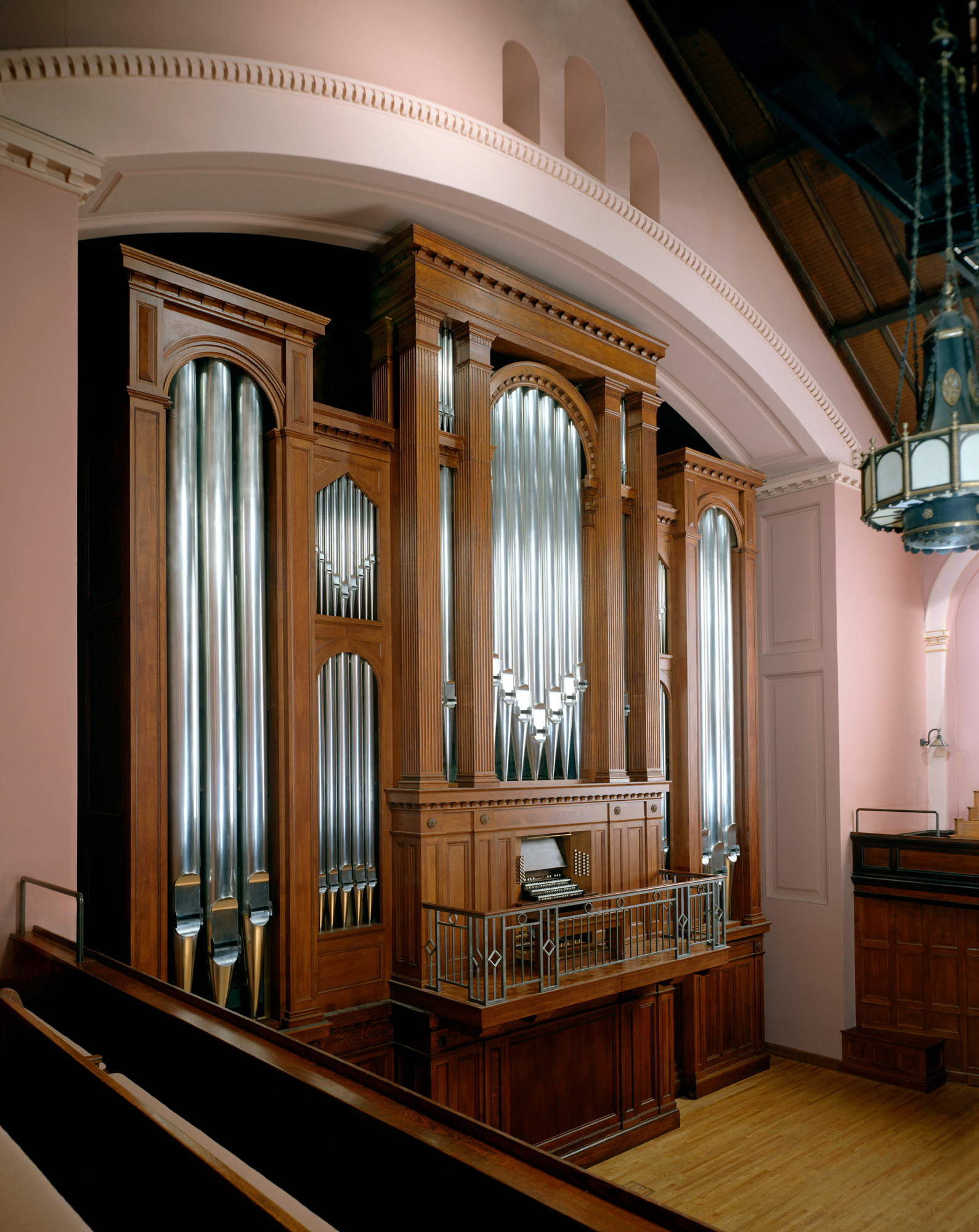