Rising the full height of the concert chamber behind the stage, the Herman W. and Amelia H. Lay Family Concert Organ serves as the focal point of the hall. The case design for Opus 100 evolved over a period of several months following consultations among architect I.M. Pei, acoustician Russell Johnson, and Fisk principals Virginia Fisk, Steven Dieck, Robert Cornell, and visual designer Charles Nazarian. James Gillanders, Ltd., of Toronto constructed the massive cherry-veneered case. The organ’s burnished tin façade pipes, the largest of which is DD of the Prestant 32′, were manufactured in Weikersheim, Germany by August Laukhuff, Gmbh. The case and façade pipes were installed by our crews in time for the hall’s gala opening ceremonies in September 1989.  Wind systems, key actions, mechanical works, and interior pipes, all constructed at the Fisk workshop in Gloucester, were installed during the summer of 1991 with finish voicing taking place over the ensuing twelve months.

The instrument’s 4,535 pipes are dispersed over six divisions, which are played from four manuals and pedal.  The Great, Positive, and Swell divisions and certain stops of the Pedal division form the classical core of the organ. The Resonance is a powerful division of French romantic influence that may be played on either manual or pedal keyboards.  An English-inspired Tuba division, voiced on 20″ wind pressure, is especially suited for climaxes in music for organ and orchestra. This instrument draws its tonal inspiration from many different styles and periods of organ building, enabling it to effectively showcase both organ solo and symphonic literature. Dr. Robert Anderson, Professor of Organ at Southern Methodist University and consultant for this project, worked closely with the Fisk team to develop a specification that also referenced Calvin Hampton’s 1978 landmark article on the ideal symphonic organ.

Organist Michael Murray and the Dallas Symphony under Maestro Eduardo Mata inaugurated Opus 100 on 2 September 1992. The program included Richard Strauss’s Festival Prelude for Orchestra and Organ, Poulenc’s Concerto for Organ, String Orchestra, and Timpani, and Saint-Saëns’ Symphony No. 3, ‘Organ Symphony.’ On the following day nearly twenty musicians from the Fisk firm presented an intimate and personal dedication recital on this their most monumental organ.

Shortly after the inauguration, James C. Moeser, then President of the American Guild of Organists, wrote “…I would argue that the Meyerson Symphony Center and the new Fisk organ are alone worth a trip to Dallas just for the visual and architectural splendor of both the organ and the room.  The hall represents the combined work of one of the world’s great architects (I.M. Pei) and great acoustical designers (Russell Johnson). Likewise, the Fisk organ is, by all accounts, an enormous success. Some who have come to hear it regard it as the finest organ in the world. This is, of course, a matter of taste and opinion, but by any reckoning, this is one of the most important organs to have been built in this or any century.” 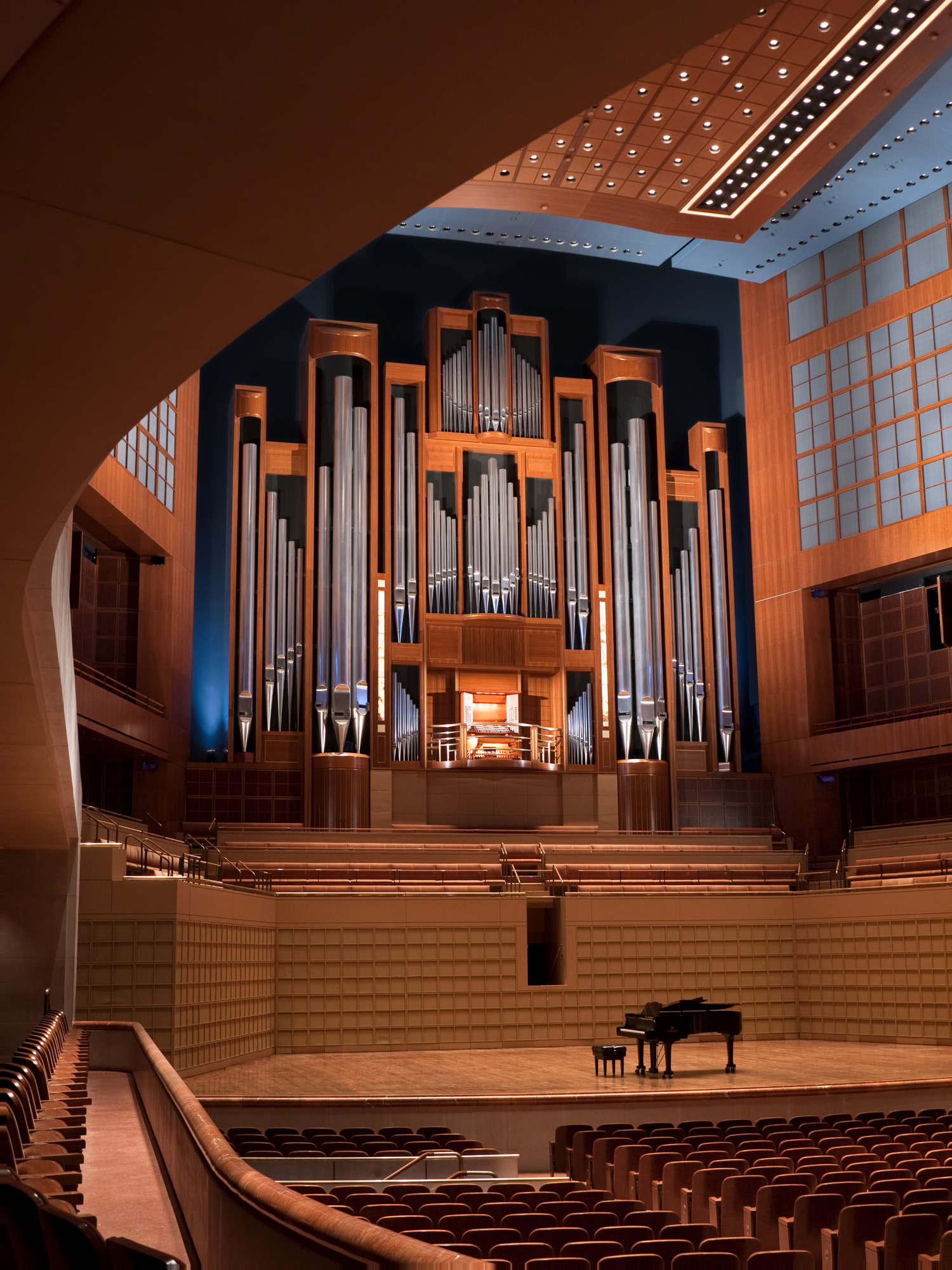